They came with different connections to medicine.

They knew exactly where they wanted to end up — and they’ve both achieved their goal.

And they haven’t once looked back.

Brian Ratigan and Chris Balint are the two orthopedic surgeons who work with the University of Notre Dame football program via their roles at South Bend Orthopedics.

“I started thinking pre-med before I came here,” says Ratigan, a linebacker for the Irish football squad from 1989 to 1992.

“I knew I wanted to be a doctor before I came. My mom was a nurse. And as an athlete, you kind of tend to drift toward the sports medicine side.”

But, as a freshman from Council Bluffs, Iowa, Ratigan sat down early on with legendary Notre Dame professor Emil T. Hofman to talk about his class schedule. He quickly learned that football practice went head to head with late-afternoon labs he needed to take.

Ratigan still took core courses to enable him to keep his medical school dream alive, but yet another conversation — this one with Ohio businessman and athletics benefactor Frank Eck — set him on course to earn a marketing degree.

Yet it wasn’t that simple. Ratigan knew he needed to take the MCAT (the Medical College Aptitude Test) — but he also needed class credits in biology, physics and organic chemistry. He had none of those, so he took courses in the offseason while with the Colts. He attended IUPUI in Indianapolis, studying for one year at IUSB while his fiancée, Maura Fenningham (a 1993 Notre Dame graduate), attended and graduated from Notre Dame Law School in 1996.

After the couple married, Maura practiced law in Washington, D.C., for Jones Day, and Ratigan applied to and was accepted into several medical schools, including Dartmouth and Jefferson Medical College in Philadelphia.

“I hadn’t started medical school yet but we were expecting our first baby, so we decided to reroute and go to Philadelphia where Maura is from,” says Ratigan.

Ratigan graduated from Jefferson Medical College and began his orthopedic surgery residency at the Rothman Institute, the team surgeons for the Eagles, Sixers, Flyers and Phillies. Ratigan next did his sports medicine fellowship at Kerlan Jobe Clinic in Los Angeles — where he covered the Lakers, Dodgers, Kings, Ducks and USC football.

Says Ratigan, “The training was phenomenal. And all of it was geared to return to Notre Dame.”

Ratigan, who endured three surgeries while at Notre Dame and three more with the Colts, had more than his share of exposure to the Irish medical staff, most of it on a hard-luck basis.

“I thought the jobs Will Yergler and Dave Bankoff (the two Irish orthopedic surgeons while Ratigan played in South Bend) had were the best jobs in the world,” he says. “Plus, I learned the physical therapy and training side of things, so (head athletics trainer and physical therapist) Jim Russ was a great person for me to get to know.”

Ratigan admits he drank the Kool-Aid.

He adds, “I was absolutely determined to come back and cover football. I didn’t care what it took. I just wanted to have a shot at the job. And the timing was good.

“I told Will and Dave on day one that I’m coming back to South Bend and I’m going to be involved with Notre Dame orthopedics, somehow, some way. I told them

I would like to be a part of their group. I knew that’s what I wanted.

“I said, ‘All I want is an opportunity — to have the chance — and I’ll prove myself.’ As a former player, it made a lot of sense.

“My orthopedic training was the best in the country. When I returned to Notre Dame, I didn’t want to be regarded as a small-town doctor who just happened to be the person people called on when they needed help. I wanted to be recognized as an expert physician and a loyal alum that Notre Dame is fortunate to have. It is my privilege to be the director of orthopedic surgery for the University of Notre Dame, my alma mater and the greatest university in the world.”

Meanwhile, Balint graduated three years earlier than Ratigan and had a head start on med school and residency.

“Once I got accepted to Notre Dame, that was it for me,” he says. “I had grown up literally two miles from campus across from Boehm Park near Edison Road.”

He competed in the Bengal Bouts all four years — and, like Ratigan, knew he was headed for a pre-med curriculum.

“That’s what I wanted to do,” he says. “My mom had been in the hospital so often — she had undergone about 33 surgeries. So as a child I lived in the hospital. My mom has passed, but that was a big push for me as a kid. I will be a doctor. I will grow up and be a doctor. Even in my youth that’s where it was for me.

“Those were just words as a kid, but it became reality once I started at Notre Dame. I thought originally I would go into emergency medicine, and then orthopedics became a more viable opportunity.

“I went to Michigan for my residency (at Genesys Regional Medical Center in Grand Blanc) and ended up going to Boston for my sports medicine fellowship (at New England Baptist Hospital). I was all in — I had the opportunity to work with the (Boston) Celtics and Harvard teams.

“I talked to Fred (Ferlic, another Notre Dame athletics orthopedic surgeon from South Bend Orthopedics). I knew I wanted to come back to South Bend. I was fourth generation, my whole family was here. I was always going to come back home. That was my plan — with my mom, dad, grandma and grandpa, and even great-grandpa still here. South Bend was the logical place.

“I started making phone calls to Fred and Dave. I was 100 percent interested in working with Notre Dame athletics. Even as students we knew who the Notre Dame doctors were. That was already my vision — wanting to come back and be one of those guys on the sidelines, to be one of the team docs.

Then in 2010 when current Irish football coach Brian Kelly took over, Ratigan and Balint soon became the two day-to-day orthopedic contacts for the Irish program.

“It’s been an amazing experience,” says Balint. “The toughest transition is figuring out the athlete, because the 20-year- old athlete is different than the average person who comes in the office.

“That athlete is trying to get back on the field in four weeks after a broken bone. He or she has a different mindset on getting back to competition — it’s a different protocol.

“I have more pleasure taking care of the Notre Dame students and the athletes that are out there. They want to get better. That’s been a great thing for me personally.

“Being intimately involved in Irish athletics for over 15 years has given me the opportunity to see them back performing at an elite Division 1 level. Oftentimes, players will come back after graduation and we will see them on the sidelines or walking campus and it is gratifying knowing they are still playing in the NFL or competing in their respective sport at an elite level.

“It’s remarkable to see others — who have moved past their athletic prowess and into their careers or started a family — showing you their scar on their knee or shoulder. They will say, ‘Hey Doc, look — I’m still doing great!’ as they lift their arm or kick out their leg.

“The bigger plan God has put forth for Brian and me has enabled Notre Dame to continue its great traditions in athletics while we help to maintain a healthy athletic atmosphere.”

Balint has been an Irish football fan for a long time.

“My grandparents had season tickets in section 22 — right behind the goal post long before they ever had nets,” he says. “My goal was one day to maybe catch an extra point or a field goal because the seats were dead center behind the upright.

“I used to come with my grandpa to all the games, back to when I was 8 years old. I specifically remember going to a game against Pittsburgh (1976) when a little running back by the name of Tony Dorsett scampered for almost 200 yards on us that day. That was my very first game.

“I went to every game, and then I started selling programs and made 10 cents per program.”

He didn’t miss an Irish home game until after his 1990 graduation.

“My whole family is still here, which has been wonderful,” Balint says.

“Having the opportunity to bring my kids on the sideline pregame and introduce them into the culture has been tremendous. If loving Notre Dame meant speaking Chinese, they could speak Chinese right now. I mean they are all in.

“The passion that I have is for Notre Dame and being here. It’s home. It’s easy stuff — a lifetime of dreams here for me.”

Ratigan hopes his medical connections across the country — including those in the various professional leagues — make him especially valuable for Kelly and the Irish program.

“I know a lot of the right people,” he says. “I like to think our players are getting good outcomes, and I’m guiding them so they have peace of mind.”

When star Irish linebacker Jaylon Smith suffered a major knee injury several years back at the Fiesta Bowl game against Ohio State, Ratigan had already had conversations with seven NFL doctors (who all sent video to his phone identifying the injury) by the time he left the locker room and headed to the parking lot. He had already created a game plan — and that earned him extra credibility with Kelly, Smith and athletics director Jack Swarbrick.

Two seasons earlier another Irish linebacker, Jarrett Grace, broke his tibia in Dallas during an Irish game against Arizona State.

Says Ratigan, “That was a unique situation because we’re at a neutral-site field in Dallas, and the Cowboys are playing out of town that weekend. So I called Dan Cooper, the Cowboys’ doctor, and I said, ‘Dan, I need help.’ He called the two trauma doctors in town that he trusted most and the next day, they did the surgery. I stayed in Dallas with Jarrett for the surgery because he couldn’t immediately travel with that injury.

“I normally see 40 patients in a day,” Ratigan says. “But I can see six to 10 players after a Tuesday football practice. And I appreciate the fact that if the trainers call on a Wednesday, Chris can cover. We have great communication. It’s a partnership, and I think we work well together.

“I remember when I had surgery, and my parents didn’t personally know the surgeon who operated on me. So I make it a point to talk to all of the parents. A lot of these players have relationships with orthopedic doctors back home. They’ve already been hurt. So I always offer to talk to their home physician, talk to the family.”

All told, Ratigan has performed around 100 different surgeries on Irish players.

“We anticipate that our student-athletes and their parents will become anxious when they are injured. As a former player, I know how important it is to fully explain their diagnosis, treatment plan and the rehabilitation they’ll receive with our Notre Dame training staff.”

Says Ratigan, “My goal when I started this was to do it as long as I felt like I was making a positive contribution. Every year and every season, I am reminded why I love orthopedics: While I truly enjoy treating non-athletes in restoring function and decreasing pain, my life comes full circle when I treat athletes. To an athlete, restoring function means returning to play at a high level, which I personally remember as being a crucial part of my life. I get to live vicariously through the athletes who trust me to get them back on the field. 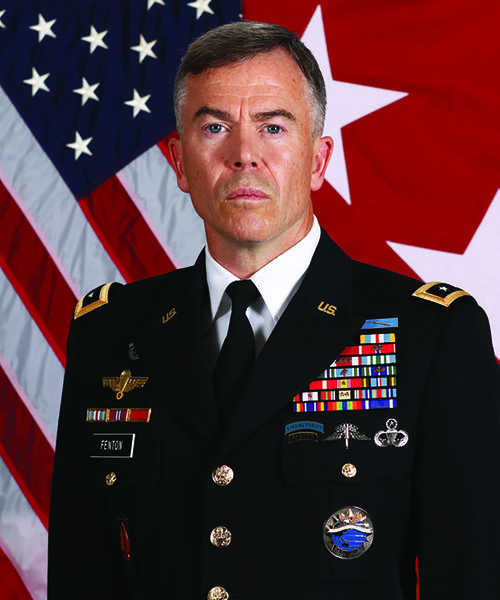