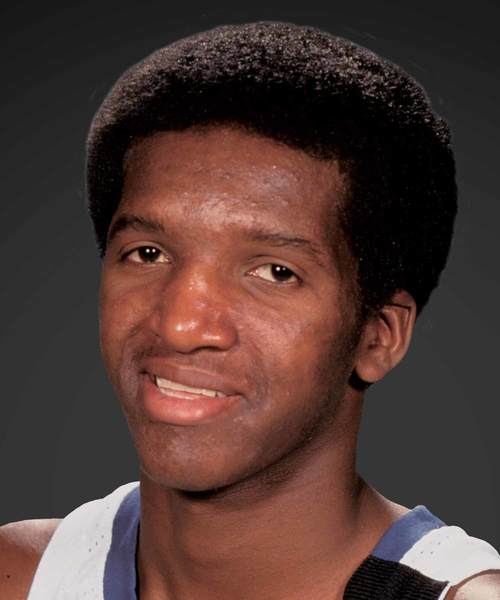 The Golden Dome at the University of Notre Dame has always been a beacon throughout the world for the standard of excellence that those attending the University strive for as undergraduates. However, in the case of David Rivers, it is also representative of the many challenges he overcame before, during and after his career, wearing the Blue and Gold.

One of school’s all-time greats in men’s basketball, the 6-0, two-time All-American point guard from Jersey City, N.J., survived its mean streets to become a four-year starter, score over 2,000 points, lead the Fighting Irish to four NCAA Championship appearances and become an NBA Draft first-round pick by the Los Angeles Lakers in 1988.

The fact that the most creative player ever to play for head coach Digger Phelps is alive today and has had success in many international business ventures is a testament to his work ethic, courage, faith and the belief that miracles are still possible.

He and teammate Ken Barlow were driving back to the Notre Dame campus from their summer jobs at a catering firm. On U.S. 30, just outside Elkhart, Ind., Barlow swerved his Chevy van to avoid a collision with a drunk driver who pulled out in front of them on a dark country road.

“Kenny did his best to avoid the collision and subsequently the wheels came out from under us and the van started to tumble forward. The passenger side where I was seated received the initial impact, breaking the windshield, and I was tossed through the window and out of the car,” Rivers said.

Barlow escaped with minor injures, but shattered glass ripped a 15-inch gash into Rivers’ abdomen. As he lay in a ditch, holding his intestines, he prepared himself for the worst.

“I remember staring at the moon, thinking this was it for me and feeling so disappointed that I was not going to have the chance to say goodbye to family and friends,” Rivers said. “I couldn’t believe it, but I started to accept the reality. I was afraid I was going to die. So I started looking for signs of God. I remember the moon seeming like a very thin sheet. It was very strange but peaceful.

“Then I heard someone calling my name. I knew it wasn’t God. It was Kenny (Barlow), who had survived the tumbling of the van, which continued to roll 97 feet from where I was initially thrown. Imagine a 6-10 long guy like Kenny being tossed from the driver’s seat and tumbling around in the back of the van like laundry in a washing machine. Kenny was lucky. He came out of that with a mere chunk of his flesh torn from the back of his leg.”

Barlow went searching for Rivers in the cornfields, looking for him in total darkness with the moon being his only source of light. He eventually found him.

Rivers tired to be calm. “No Kenny, I’m really not okay,” he said.

Then Barlow looked a bit closer and saw Rivers holding his organs, his hand pressing against his stomach to hold in the gash as best as he could.

“His (Barlow’s) eyes were very telling... I recognized they were telling me, ‘David’s in bad shape.’

Barlow took off running about two miles to get help. Finally, it arrived.

“I remember seeing the faces of the paramedics and close family friends. They were saying, ‘David is in really bad shape. He’s not going to make it. He’s lost so much blood.’” Rivers said. “But God is great. My mother and father always taught me that fact.”

It took an hour to get Rivers to a hospital and three hours of emergency surgery and several pints of blood to save his life. “The doctors said it was a miracle he survived,” Coach Phelps said. When he awoke, the first people he saw were his father Willie James and his mother Mamie who made the 10-hour overnight journey from Jersey City to be with the third youngest of their 15 children. “I owe everything  to my parents for my character and spiritual fortitude. I always persevered because of what they taught, preached and lived by,” Rivers said.

“I was told many things by the doctors about what my physical abilities might be—but once I knew I was going to live, that was all I needed to know,” Rivers said. “The rest was just hard work.”

From start to finish with healing and rehabilitation, it took Rivers six to eight weeks to get back on track.

“I remember talk of me taking the semester or the year off to recover one hundred  percent,” he said. “I wanted no part of such talk. I started the semester from my hospital bed. Professor Holly Martin and others came to my bedside and worked with me through my class materials. Eventually, I was placed in the hands of Skip Meyer, our longtime trainer.”

Meyer has been with the basketball team since 1979. He knew what Rivers’ goals and objectives were and that the rising star would do anything not to miss practice, much less a single game that season.

“He worked with me every single day in that cold swimming pool,” Rivers said. “Bad enough that South Bend was cold enough—do you know my freshman year it snowed two weeks straight? I’ll never forget that. Notre Dame is so beautiful in the winter.”

“But back to rehab, Skip was one of those special people,”  Rivers said. “I would not have made it back that year if it were not for people like Skip, and others who played such a valuable role in my recovery and return to life as I had known it. I could go on and on. The candles and the prayers from the student body—whose hearts are as gold as the Notre Dame Dome itself—and the community, the national outpouring of well-wishes. It all played its part to perfection and I did not miss a single game and graduated on time.”

There are certain student-athletes who will always stand out in Notre Dame folklore—most have overcome seemingly enormous personal obstacles. Rivers didn’t always get enough to eat as a child, but he did not have to worry about friends because he had so many brothers and sisters.

Life was dangerous in crime-ridden Marion Gardens, where the family lived. When he was 9 years old, two of his older brothers were killed. Joseph, 20, died in a traffic accident. A month later, 19-year-old Willie, his idol, was murdered when he was stabbed to death by someone he thought was his friend. The family moved to a safer neighborhood, but David was driven by rage and he wanted to hurt the man who hurt Willie. David began hanging out with gangs until he realized he was headed in the wrong direction. He discovered basketball at PS 14, playing for Charles Browne Sr., and became a prodigy. He mopped the floor in church and worked endless part-time jobs to earn tuition to attend St. Anthony’s High School in Jersey City, so he could learn from Hall of Fame coach Bob Hurley Sr. and attend a school run by the Felician Sisters. “They were like my mothers away from home, along with Mrs. Hurley,” he said.

Rivers was recruited by everyone, but he became interested in Notre Dame and eventually signed with the Irish because he was sold on the coaching staff of Phelps, Gary Brokaw, Jim Baron and Pete Gillen and the fact Notre Dame had a 99 percent graduation rate for its student-athletes. He visited campus during a football weekend and fell in love. “I watched as the campus and student body became more and more electrifying as the hours passed. I was totally blown away.

“As electrifying as the events leading up to game time were, I was equally impressed by the silence of campus the next day. I remember asking my hosts, Joseph Price and Kenny Barlow, where all the students were because the campus was a ghost town, and both responded with a pride that I will always remember. They said, ‘Dave, the student body doesn’t mess around here. They’re all either in their room studying or in the library preparing for Monday classes.’ I simply continued to look around and just nodded my head in understanding, thinking to myself: ‘This is a special place.’”

Notre Dame prepared Rivers for an NBA career after graduation. He played with the Lakers and the Los Angeles Clippers before departing for Europe, reaching star status when he led Olympiacos Piraeus Europe to the Euroleague championship in 1997. It was the first time a Greek club won the trophy. Rivers averaged 17 points, 3.4 assists, two steals and 37.9 minutes in 23 games that year. The next year, Rivers left Olympiacos to join Teamsystem Bologna in Italy and played alongside former NBA All-Star Dominique Wilkins. He later played for Tofas Bursa in Turkey where he helped win two league championships and two cups before rejoining Olympiacos for one more season. He was recently inducted to Antibes Basketball Club Hall of Fame in France.

Rivers is retired from playing now, but he continues to work in basketball as director of Village Camps Basketball Camps S.A., based in Switzerland, serving kids and families from all parts of the world. He is also a member of the World Youth Basketball Summit and is a business adviser to companies that seek international business relationships. His current company was involved in innovative patented products for women’s cosmetic accessories. Recently, he made the decision to get into professional coaching in Europe. “Ideally I would love to coach in the United States at the college level where I could spend more time with my family,” he said.

But he will never forget what he learned at Notre Dame.

“If I had it to do all over again, I’d make the same choice every day of the week,” he said. “Notre Dame prepared me for an international world life experience and I’m very thankful. Mike DeCicco, Holly Martin, Kate Halischak, John Heisler, Roger Valdiserri, Digger, the coaching staff, the community, it all came to fruition, very much like what Digger and his staff described during my recruiting process. I got to have the best of both worlds. I’m looking forward to my kids one day attending Notre Dame and continuing the great tradition and adding their experiences to Notre Dame history. I see the world and its many cultures with a consciousness of grace, consideration and respect for not just diversity’s sake, but with inclusion and cultural understanding.

“Believe, trust and have unwavering faith in God. Live your life with a consciousness of others and your surroundings, always be humble and gracious in victory and defeat. Do this and you will find a welcome joy in many lands.”