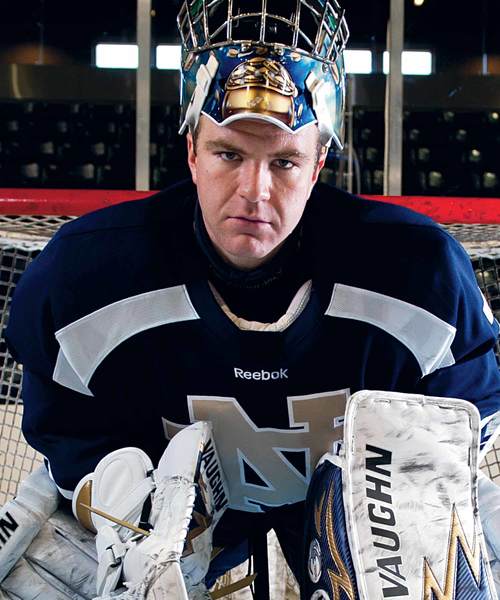 The first time I met Joe Rogers in the fall of 2010 during his freshman year on campus, I did not know what to do and couldn’t even find the words to ask him what I should do.

What I was attempting seemed simple enough—just shake his hand—something I do with every student I meet at the University of Notre Dame. For nearly all of us that is as natural as riding a bike, tying our shoes or putting a fork in one hand and a knife in the other hand to cut a steak.

Except that is not the natural way of doing things for Rogers because he has only one hand.

Now, I want you to think about that. Go through everything you do in one day and ask yourself how you would do it with one hand. The list of possible roadblocks becomes endless (just try tying your shoelaces with one hand) and you will likely conclude how blessed you are that God gave you two hands to do so much of your work and daily routine.

There is something else about Rogers I did not know that first day we met. He is a goalie on the Notre Dame hockey team—not a walk-on given a chance to practice but a recruited student-athlete who received a scholarship to attend a great institution with one of the best hockey programs in the country.

Even at the college level a hockey slap shot can exceed 90 miles an hour, demanding incredible eye and hand coordination to stop it. Even more difficult is facing your opponent when its offense is on a power play, cruising around the net like a pride of lions surrounding its prey. What is a goalie with one hand going to do?

While that may seem daunting to most of us, it is just the day-to-day routine for Rogers and has been from the first day he figured out he was just a little bit different.

Rogers takes so much in stride he doesn’t know if he was born right-handed, the one he is missing, or left-handed, and does not know what the medical term is for the cause of his physical deficiency. He only knows he came into the world with one hand.

Volumes have been written about people who overcome a handicap, stare down the obstacles and put people in their place who say he or she cannot be all that they dream.

The Joe Rogers story will not be added to that library.

From the moment the doctors and nurses at the hospital told his mother and father, Lynne and Scott, there was a little problem, that was the end of it and they all moved on. And when you are

from Marysville, Mich., Detroit Red Wings country, moving on means you are going to play hockey.

Rogers started out playing defense, but he saw an opening one day for a goalie and thought he would give it a try. He quickly discovered that he was good between the pipes, especially if he applied a few techniques unique to a one-handed goalie. He taught himself to use his entire body to catch the puck, how to smother it in an instant when other goalies would just snatch it—and how to deftly deflect a puck off into a corner.

He had more than a little help along the way, in part, because the hockey community is close knit. To this day goalie equipment manufacturer Vaughn helps Rogers just as it has since he was a kid. When the Michigan-based company heard his story, its employees designed a special glove for him, one that makes it easier to make a stop with his unique smothering technique. Hockey really is family.

There was also inspirational assistance from another sport, baseball, and fellow Michigander Jim Abbot. Abbott spent 10 years in Major League Baseball, won 87 games and even threw a no-hitter, with a single hand. Someone contacted Abbott and told him about Rogers and his ambition, and without any prodding Abbott sent a note: “You can do anything you set your mind to.”

So Rogers had his mind made up not only to be a top-flight hockey player but also because of Abbott to maybe give baseball a try as well. In his sophomore year at Marysville High School, Rogers batted .486 as a switch hitter. He excelled in the classroom as well, and left Marysville with a 3.99 grade-point average. It would have been a perfect 4.00 but he seems to have missed a question on a chemistry exam somewhere along the line.

Rogers was never the kind of kid who shied away from his “problem,” always taking the stance that this is the way he came into the world, the way he always has been and the way he will be for the rest of his life. “I’m just a normal guy,” he told me.

But anyone who gets to know Rogers even a little comes to the understanding quickly that he is anything but normal; on the bell curve of human kindness, he is somewhere near the pinnacle.

Maybe it was that note from Abbott, maybe it was his loving upbringing at home, maybe it is just who he is, but Rogers has taken on another responsibility that he easily could have just ignored. He wants to be an inspiration to others and especially to kids who are also trying to kick aside an obstacle in the path of leading a full life.

The mission he accepted without ever thinking twice about it sprung from a small article in a youth hockey magazine in 2008. One day a letter came in the mail from a youngster who also was born with one hand, then another letter arrived, and another—and they came from a cross section of America, from Alaska to Texas and, of course, from Michigan. Rogers tells himself it is his responsibility to reach out, and so he does by sending letters to the kids, with a Jim Abbott-like inspirational message. Suddenly, what Rogers has is an old-fashioned, penpal club. All of that has been updated in 2011, with Rogers keeping the now-teenagers’ email addresses in his contacts list. Not a week goes by when he doesn’t shoot out a quick message to see how they are doing as he continues to encourage them in athletics or schoolwork, and simply offers to be a friend they can talk to at any time.

He has taken all of this to a new level at Notre Dame where he has found his personal reward through an organization called Notre Dame Christian Athletes. They meet every Monday to discuss their deep faith and to make a commitment to community service in South Bend by forming teams of four athletes who go out mostly to grade schools to encourage young students. They are dubbed the Dream Teams and, just by luck of the draw, Rogers’ team is sent to McKinley Elementary School on South Bend’s east side.

Somewhere, almost hiding out in the back of the classroom, there is a little boy with his hand in his pocket. The youngster is shy and says little, but he never takes his hand out of his pocket because he is sensitive

about the terrible disfigurement he suffered when he was seriously scalded as a baby. The next day that same boy goes up to McKinley principal Deb Martin, takes his hand out of the pocket and tells her, “If Joe can do it, I can too.” As Rogers tells me, “Do you know how rewarding that is?”

In his classic song “Enlightenment,” Van Morrison sings this refrain: “What is the sound of one hand clapping?”

I’ve often wondered what that meant and now I know. 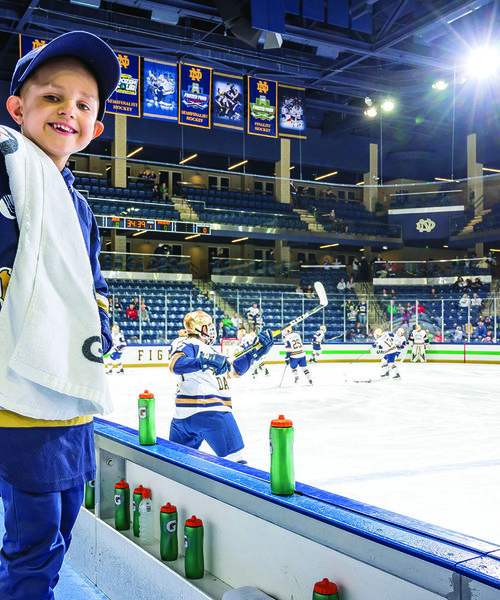 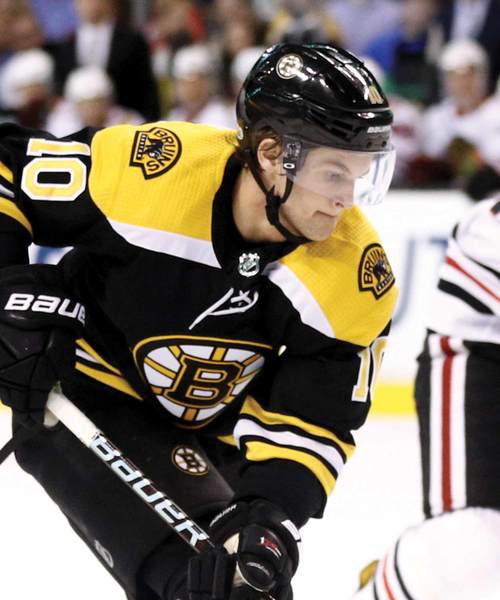