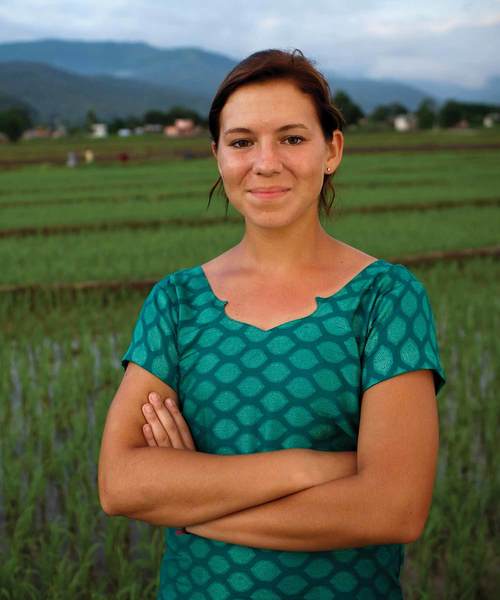 An NCAA title one day, Nepal the next

About 7,600 miles from the idyllic University of Notre Dame campus is the Nepali city of Surkhet. The city is surrounded by fertile land and has a good transportation system, an airport, hospital and market. Yet, the majority of its residents call the impoverished remote farming villages home.

Four years ago that’s where 7-year-old Hima was found, breaking rocks for a living in a dry riverbed. She was in charge of providing for her entire family, which, besides herself, included her widowed mother and three brothers.

What a difference a little bit of time—and a special cupcake—can make.

Today, Hima has the opportunity for a bright future.

Thanks to former Irish women’s soccer player Lindsay Brown, the second-grader attends school, gets proper vaccinations and eats two good meals a day. Brown and teammate Maddie Fox (with help from the rest of their defending national title squad) sponsor Hima and two other little girls through She’s the First, a not-for-profit organization that helps girls in the developing world become the first in their families to graduate from school. It costs $300 a year to sponsor one girl, and the money primarily has been raised with Brown’s creative tie-dyed concoction.

“Maddie, who is a goalie on the team, and I wanted to do a bake sale to sponsor a girl,” says Brown. “We’re all in college and everyone is tight on money, so we knew if we charged a couple of dollars for a cupcake it would have to be pretty cool. So we thought the tie-dye

was an incentive to buy them. And people love them. Whenever they bite into them they’re always like, ‘How did you do that?!?’ They have no idea.”

Volunteering her time for a worthy cause began when Brown attended well-known Mater Dei High School in Southern California, where community service was encouraged. A friend, whose father was a plastic surgeon, steered Brown toward Operation Smile, a charitable organization that treats facial deformities in children throughout the world. Brown’s desire to be a doctor seemed to make it a perfect fit for her and, in November 2008, she traveled to Madagascar for a medical mission.

“I was one of two student volunteers, and there were about 50 doctors and nurses on the trip,” Brown says. “I was only 17 and they gave us a lot of responsibility. We were in charge of going to patients in the hospital and at schools and churches and orphanages in the area and educating them on hygiene, nutrition and burn care … just these basic things that here you wouldn’t think twice about. Like [some of] the people had never seen a toothbrush before and when they get burned instead of treating them the right way they make them worse. It was really eye-opening, and it was really cool to learn about a new culture and [deal with] the obstacles of trying to talk to them and change their perspective.”

It also helped change Brown’s future career path after witnessing some surgeries, which left her on the uneasy side of queasy.

Now a political science major, Brown has stayed current with conferences and news by joining the Operation Smile group on campus. But the majority of her focus shifted toward She’s the First not long after she arrived in South Bend and heard a dorm mate talking about it.

For Brown, it hit a personal note.

“My grandma, Petra Hammond, is from Puerto Rico and she was the first in her family to graduate from high school and then she went on to get her nursing degree,” Brown says. “And because she was a nurse, she was able to raise my mom, Linda Brown, in Southern California while working the night shift. And then my mom was able to go to USC because of all her mom’s hard work. So you have the first educated girl in the family and then she’ll go on to do it for her daughter and then her daughter. And I am a product of that girl. So I immediately wanted to volunteer all my time and help them out.”

Brown further was inspired by Maggie Doyne, the founder of the Kopila Valley Children’s Home, which also is located in Surkhet. Doyne (who was going to play collegiate soccer for Wake Forest) set off on a solo backpacking trip the summer after she graduated from high school. Eventually she made her way to the Himalayas in war-torn Nepal, where she encountered many refugees and orphans. Three years later, Doyne opened the home and then later added a school.

“We emailed back and forth, she would wish us good luck before games and the entire team created this connection with her,” Brown says. “So [earlier this year] when I was figuring out summer plans, I decided I really wanted to go out there.

I wanted to meet these little girls we were sponsoring because, at that point, they were sending us letters and pictures and they followed us through the NCAA Tournament. There was a travel advisory, but Maggie assured me it would be okay.”

First, however, Brown and Fox traveled to San Diego to attend the Clinton Global Initiative University on April 1–3. Launched by former President Bill Clinton, the conference brings together students and national youth organizations to “create and implement Commitments to Action” in five areas: education, environment, social justice, poverty and health.

“We were [with the] education [group], and it just made me realize all the obstacles you have to overcome with this project we were doing,” Brown says. “[For example], if the child is malnourished it doesn’t matter if they’re at school because they’re going to be struggling to pay attention. So we can educate them all we want, but are they going to take away anything from that? There are just so many other things you need to consider. It’s not magical where you just give them a uniform and everything’s going to be okay. It was very eye-opening.”

Although Fox was unable to go to Nepal due to summer school obligations, the two teammates planned Brown’s trip, which encompassed about eight weeks including travel.

At the private school Hima and the other girls attend, Brown helped them with English, taught soccer and whipped up a batch of her tie-dyed cupcakes. Life outside of school for Hima and most of the children in the area was a tough reality for Brown. But she also recognized the positive results being produced by her efforts.

“Most of (the kids) aren’t orphaned, but maybe they’ve been abandoned by their parents and they live with uncles or grandmothers and they don’t have happy home lives,” Brown comments. “In fact, I didn’t see one happy home life at all.

“And there’s just so much poverty. I would be walking home from school and there’s a riverbed where you cross over a little bridge to get to [Hima’s] home. She lives in a slum; there’s 80 percent unemployment in the village and there’s major alcohol problems among the husbands. But her mom breaks rocks now, and it was so heartbreaking to see her down there [in that riverbed]. But it also made me happy that Hima was up there with me and not down there anymore. So hopefully Hima and her brothers will be able to make it so their mom won’t have to do that kind of work. Her mom doesn’t even know how to spell her own name in Nepali, and I taught her that.”

Not only is Brown changing Hima’s life, but her own as well. This fall Brown decided to leave the soccer team to devote more time to this special cause. And, whereas her trip to Madagascar three years earlier included a set schedule and a chaperone, Brown’s Nepali trip was more of an adventure—always exciting, but sometimes overwhelming.

“I spent a week in Australia because my brother lives in Sydney, and then from there I flew into Katmandu (Nepal’s capital),” Brown says. “It was just like culture shock … the noise and smells. Luckily the brother-in-law of a Notre Dame professor lives there, and I was able to stay with his family for two days. Where I was going in western Nepal they only have flights there three times a week so I had to wait. But it was nice because his wife took me out to all the temples and gave me a taste of Nepali life so when I got to Surkhet I felt really adjusted.

“But for a few moments I was really worried. You don’t have a cell phone, there’s the language [barrier] and, even though I’m old enough to buy a plane ticket and do this stuff, sometimes I thought, ‘I want my mom!’ But it was also cool being independent and that it was up to me to [go through with] this trip I created. It’s a learning experience, and I feel so much older after going through something like that. Now I know I can figure things out and get through them. It’s just very empowering.”

And not just for Brown, but also for a little girl growing up in Nepal. 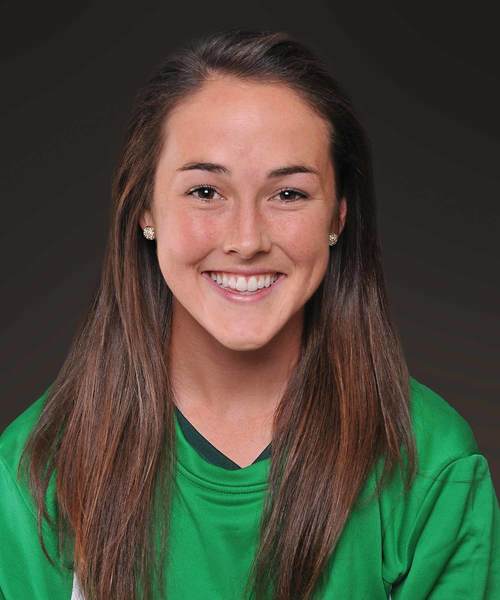 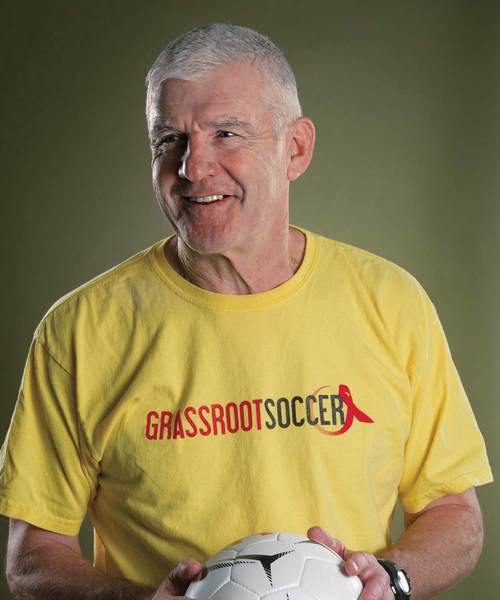