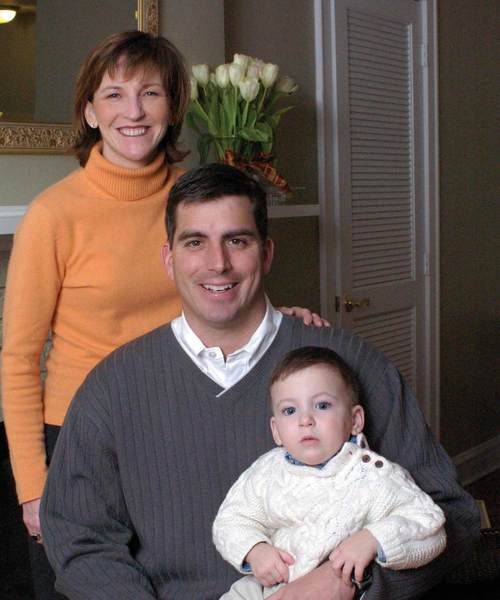 Ask any new parents and they’ll tell you, that first baby rocks your world—in sudden, wonderful and unexpected ways.

For Molly Lennon Anderson, a 1992 University of Notre Dame graduate, and her husband, Kevin, a member of the Notre Dame men’s lacrosse coaching staff, the day their oldest son was born in 2002 marked the beginning of not only a new chapter in their lives, but also an introduction to a whole world they never even knew existed.

Molly, a former Fighting Irish soccer standout who was working at the time as the adidas director of licensing and properties for Notre Dame athletics, was getting ready to fly to Baltimore with the football team for the Navy game, fresh on the heels of the team’s painful home loss to Boston College. Before she could get on the plane, she suddenly found herself in labor—10 weeks early. Kevin Jr., “KJ,” arrived quickly, bringing the Andersons great joy and a completely different outlook on life.

“Three days earlier I thought coming out in the green jerseys and losing a football game was the end of my life,” Molly says. “It was funny how on Sunday afternoon that was all I cared about, and how quickly my perspective changed.”

KJ spent two months in the neonatal intensive care unit, surrounded by the Andersons and members of their close-knit family, including Molly’s father, Chuck Lennon, a 1961 Notre Dame graduate and longtime executive director of the Notre Dame Alumni Association, who, along with her mother, Joan, was a nearly constant presence in the hospital.

“The running joke was my dad beat everyone into the NICU,” Anderson says with a smile.

“He was incredibly powerful, along with my mom and Kevin’s parents.”

The Andersons brought KJ home at eight weeks, with no formal diagnosis, but an awareness that he could have some long-term issues stemming from his premature arrival. It wasn’t until several months later they heard the words they knew might one day come.

“No one said ‘cerebral palsy,’ no one uttered those words until he was eight months old,” Molly says.

“He didn’t have any physical challenges, so he really was just this cute little baby who didn’t move like everybody else did.”

The diagnosis, of course, was difficult to hear. But the Andersons quickly turned their sadness into determination: “Now we’ve got to take this on,” they resolved.

As Molly returned to work, she began to notice things that had never appeared to her before.

“The next fall, football season started and KJ was doing really well, and when I went out on the football field, I started seeing things from a different perspective,” she says.

For example, she watched as a young man ran out of the tunnel with the Michigan football team one Saturday in Ann Arbor.

“I just knew it,” she remembers. “I had done my homework and was starting to meet people. He was following the team and he looked like a trainer or a manager.”

And yes, she would learn later, after getting to know him and his mother, he had cerebral palsy. Not long after, while on the field at a Tennessee game, the same thing happened.

“When I saw these two guys, it really just kind of became this moment for me that was like, ‘That could be my KJ, that could be KJ running out of the tunnel,’” she says.

“And I started to realize sports can be part of his life. It’s not gone. If he really loves it, he can find a way to connect and engage.”

Kevin, the coach, and Molly, who had completed five Boston Marathons since college, called on their inner strength and determination for the road ahead, knowing it would be a long haul rather than a sprint. Fortunately, they were far from alone.

In addition to the support of their family, they also turned to the Conductive Learning Center, a Grand Rapids-based organization dedicated to helping preschool and school-aged children with motor challenges to become as independent as possible.

“The way we tackled this was, ‘It is what it is. OK, let’s go for it,’ and then, ‘How do we get the most out of life? How do we maintain the most movement, gain the most access, be the most involved?’ That’s where we have gone with each step.”

who set up shop there and worked remotely for weeks at a time.

KJ had used a walker since he took his first steps as a toddler and was getting around quite well. But it was a surgical procedure that unlocked his next major milestone. The operation, which released the spasticity in his muscles, allowed his feet to drop flat so he could maintain balance enough to take his first steps.

His therapists predicted KJ would walk unassisted by the time he was 5. And he did. A video produced by the Conductive Learning Center captures the moment he stood up with great determination, took several steps assisted by canes and then tossed the canes aside to walk independently.

As KJ grew, so did the Anderson family. A younger sister, Shea, and a brother, Finnegan, came along as KJ started school. All along, the Notre Dame family also remained constant.

“We had all these people who we always knew were there for us,” Molly says.

Molly gives much of the credit for KJ’s success to Kevin, who has been first and foremost a father, but in many ways also a coach to all three kids.

“He’s always been the stable one and the one who had the most even keel about all the challenges,” she says of her husband, who excelled at both lacrosse and basketball as an undergrad at Loyola University Maryland.

“He was an All-America athlete, and here he is, his oldest son ... I think he knew a lot of people were concerned that he would feel this loss. But it’s the furthest thing from his nature.

“Coaching is really his gift, and it’s the greatest gift he could give KJ because there have been many moments when he could push him on,” she adds.

“If I were to say the reason that KJ walks, it really is primarily due to Kevin.”

Kevin is equally inspired by his wife.

“The amount of passion Molly shows in everything she does—whether it was with adidas or everyday life of helping the kids get off to school and being passionate about all their interests—it just has that infectious feel,” he says.

When Notre Dame athletics made the switch from adidas to Under Armour for uniforms and apparel beginning with the 2014 football season, Molly’s contract ended and she took the opportunity to explore new possibilities, landing quite literally in another Notre Dame-related field. She is now part of the management team at St. Joseph’s Farm, a 1,300-acre parcel in nearby Granger, Indiana, that was established by Notre Dame’s founder, Rev. Edward A. Sorin, C.S.C., and managed by Brothers of Holy Cross until the 1990s. Once a primary source of food for Notre Dame students, the property now offers rental accommodations for football weekends and soon will begin hosting weddings and other events.

“To be honest, you kind of feel more spiritual out there,” Molly says of the farm.

“It sounds hokey, but there’s this beautiful statue of Saint Joseph and when you’re there, you can’t help but feel part of Notre Dame’s history.”

KJ, now a fifth-grader who no longer needs a classroom aide other than for assistance navigating staircases, has taken up sled hockey, a sport he enjoys playing with his sister, and is starting to think about what he wants to be when he grows up. Not surprisingly, given his family’s enthusiasm for athletics, right now he’s thinking about becoming a sports announcer or referee—both totally attainable if you ask his parents.

“I think his future will be extremely bright if he attacks it with the passion that we all have come to expect in this family, that’s for sure,” Kevin predicts.

“There’s not a longing for anything that we didn’t have or achieve or won’t,” Molly adds.

“It’s how we as parents can keep engaging KJ—and all the kids—in ways we know they can participate.

“KJ has come to be happy just being himself,” Molly adds.

“And that’s all we’ve ever wanted.” 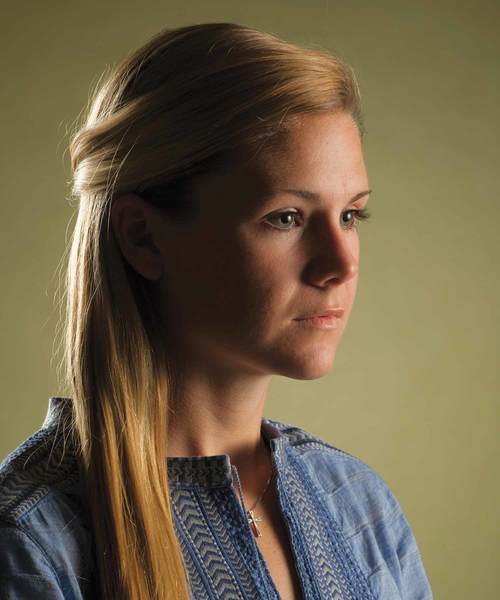 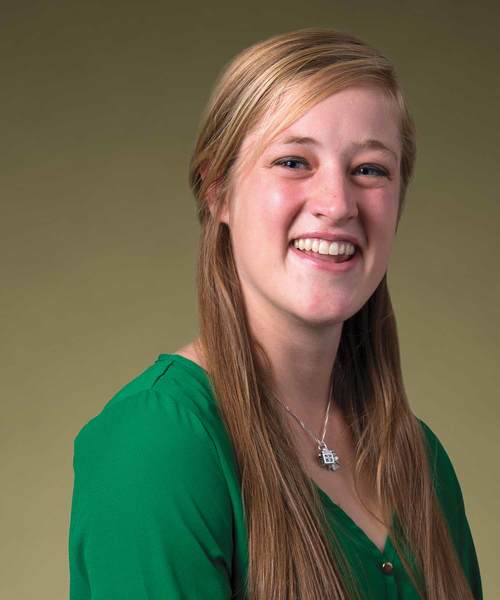