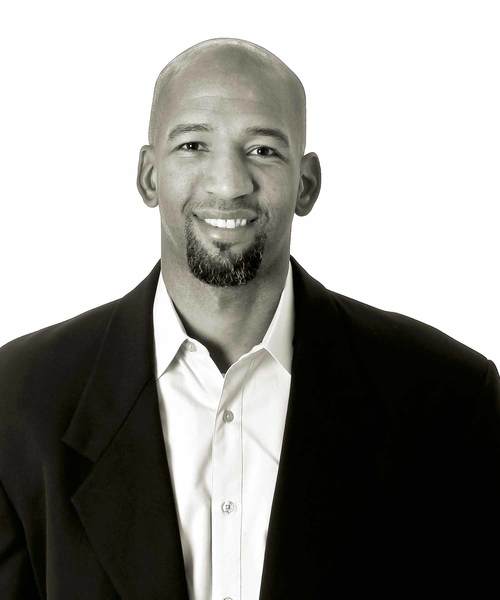 You know Phil Jackson and Doc Rivers, and now you know Monty Williams, too

While coaching the Orlando Magic, Rivers approached one of his veteran leaders, Monty Williams, and told him what everyone on the team already knew. Well, everyone except Williams himself.  The former Notre Dame star was going to be an NBA coach someday and he was powerless to stop it.

“He denied it …said there was no way,” remembers Rivers, now in his seventh season as head coach of the Boston Celtics. “I told him I had the same conversation with Pat Riley when I was playing and I told (Riley) ‘There is no way I’m doing that.’ With Monty, he said to me, ‘Yeah, but you always kind of wanted to coach and I have no interest and it will never happen.’ I love that he’s a head coach now.”

Williams, who was named the ninth head coach of the New Orleans Hornets on June 7, 2010, chuckles when he recalls the story. At that time, Williams was enjoying a fruitful NBA playing career and never once considered coaching, certainly not at the NBA level.

“I thought Doc was nuts. That was the last thing I wanted to do. I’m going to take my money and you guys will never hear from me again,” Williams says recalling his thoughts. “Now, looking back on it, (coaching) just seemed like something that I would love to do.”

For Rivers, the idea of Williams coaching seemed obvious because of how his teammates reacted to him.

“The biggest thing for me was that he has this ability for people to follow him,” Rivers says. “On our team, Monty was the sixth or seventh best player, yet everybody followed him and that is a trait you either have or you don’t. Monty has it.”

Williams’ leadership skills are ingrained from a deep maturity that he developed following a trying personal experience during his time at Notre Dame. After a solid freshman season and with signs the sky was the limit, Williams discovered a dark cloud hovering close at hand—one that carried the potential for serious harm. During his annual physical, doctors discovered he suffered from hypertrophic cardiomyopathy (HCM), a potentially life-threatening affliction featuring a thickened muscle between chambers of the heart. A stunned Williams had no idea how to even react.

“When you’re 18 years old, you can’t process that kind of information. One day, I’m playing on the team. I’m bench pressing 300 and whatever pounds and jumping 40 inches off the ground and the next day, they tell me I can’t play basketball anymore,” Williams says. “To hear that news, it was devastating. It was something I never want to feel again. It was no emotion at all. You can’t even muster any emotion because you don’t know where to go.”

Despite seemingly having his playing career ended, Williams, sparked by his then-girlfriend and now wife Ingrid, turned to his faith to guide him through this unforeseen challenge.

“It was probably the most important time in my life because that’s when my girlfriend, who was such an example of faith and Christian living, told me that I had to get things together in my life,” Williams recalls. “God was trying to get my attention . . . that he didn’t put this on me but this was my shot to get my life together because where I was headed probably wasn’t going to be a good place.”

As one would expect, when word surfaced that Williams could not play at Notre Dame, other universities began to inquire about his desire to transfer. In what some might find to be a surprising decision, Williams recognized the need to take advantage of his other opportunities at Notre Dame while parking his basketball dreams.

“If I left Notre Dame, I knew I was going to leave something special,” Williams says. “Schools were telling me, ‘Come on down and we’ll take care of it.’ Right away, I knew they didn’t care about me. They just wanted someone to come down and help their program.”

For a guy that came to Notre Dame with dreams of playing in the NBA, Williams’ ability to keep perspective was unique for someone facing so much adversity at such a young age.

“I went to Notre Dame to get a job, whether it was in sports or the corporate world,” Williams says. “I knew if I stayed there long enough, I was going to get a job doing something. My biggest thing was that I never wanted to go home and be a burden to my mother. People don’t realize how special of a place Notre Dame is. I knew that being there was going to mean something someday. Thank God, I stuck it out.”

Of course, basketball could never completely leave his thoughts. Despite doctors telling him to stay away from competitive basketball, Williams played often on campus—which led to fellow students wondering why he would put himself at risk.

“I believed everything that the Bible said about healing. We prayed the prayer of faith and I just rested in that,” Williams said. “Even though the doctor said that there is a chance I could still die, the reality was that all I had was my faith and if I couldn’t lean on that, what else did I have? I kept playing with the idea that someday I was going to get to play somewhere, whether it was the CBA or overseas. I enjoyed basketball so much that I couldn’t picture my life without having basketball in it.”

In the summer of 1992, Williams no longer needed to imagine life without basketball.  The 6-foot-8, 225 pound forward was cleared by doctors after his condition improved to the point that it no longer posed a threat to his life.

“When the doctor came in and told me that I was going to be able to play again, all I could do was thank God. My mom was crying and I called Ingrid and told her, ‘I’m going to play ball again,’ and she started crying. This time, I was able to garner some emotions. I just felt thankful. I never felt that thankful again until I had my own kids.”

Williams returned to the floor and played two seasons at Notre Dame, averaging over 20 points per game after his return. His success prepared him to achieve his childhood dream when he was drafted by the New York Knicks in the first round of the 1994 NBA draft.  Williams went on to have a successful nine-year NBA career, playing with six teams, including the San Antonio Spurs.

Upon his retirement, Williams talked to his former coach with the Spurs, Gregg Popovich, about life after basketball. Popovich encouraged him to spend time with the Spurs and see if coaching interested him. The four-time NBA champion coach almost immediately knew Williams was a fit for the profession.

“He just dove right in and was a sponge,” Popovich remembers. “You have the whole range with former players. Some who think they can just walk in and coach and others who realize you’re going to watch some film and take some notes and you’re going to learn. Monty turned himself into a student and I thought that was impressive.”

“To have somebody like Gregg Popovich pick me and want to mold me and mentor me, just gave me that much more confidence,” Williams says.

After helping the Spurs to a championship in 2005, Williams was offered an opportunity to join Nate McMillan’s staff with the Portland Trail Blazers. Williams loved San Antonio and the Spurs organization and wasn’t looking to leave but he got a friendly push from an unlikely source.

“I kicked his (butt) right out,” Popovich jokes when remembering the conversation. “First, he had done enough with us. Second, I thought that would be a great experience for him. And, third, because I knew Nate was who he was, I knew Monty would be going to a guy who was really going to do things right. For that reason and because I thought Monty was ready, I thought it was a wonderful opportunity.”

The Portland opportunity was a built-in challenge. The Blazers franchise had come upon hard times and a culture change was needed. By season four, Portland became a playoff team in the rugged Western Conference. Through that climb, McMillan and Williams developed a strong working relationship but one that McMillan knew would be short lived. As Rivers envisioned several years before, a head coaching opportunity was going to come quickly for Williams.

“Shortly after meeting him, I knew that one day he would be coaching in the league if he wanted to pursue that,” McMillan says. “He really prepared himself for the opportunity. He was always studying and learning from other people, observing other coaches, other teams. He does things right and he’s a very smart guy. I have a great deal of respect for him because what he says is how he walks.”

Last summer, the opportunity that so many had foreseen finally arrived. Williams now finds himself as the league’s youngest head coach in New Orleans. Despite his youth and his inexperience as a head coach, he has settled in nicely to his new digs.

“It’s a lot more work than I ever thought about. At the same time, there is so much reward from building this thing from where it was to where it is,” Williams says. “We can already see growth in the culture. My goal as a coach is to create an atmosphere where guys can get better and give us a chance to win big some day. We have a bunch of great guys who are tough and work hard and are really excited about some of the changes we’ve made.”

As Williams looks back at the trials and tribulations in his last 20 years, it’s hard for him to even imagine where he is at 39 years old. He laughs when thinking what his reaction would have been if someone during his time at Notre Dame told him he’d be an NBA head coach before he was 40. But, he turns very serious when talking about the role the University has played in his life and for his family as he and Ingrid have their own starting five, with three daughters and two sons.

“Notre Dame was the perfect place for me if I was going to go through all the stuff I went through. It was a sanctuary,” Williams says. “I’m thankful that the Lord sent me there because I met my wife. I reestablished my faith in God. I met so many wonderful people at Notre Dame. Not only that, I got a degree that most people would die for. Notre Dame’s been really good to me.”