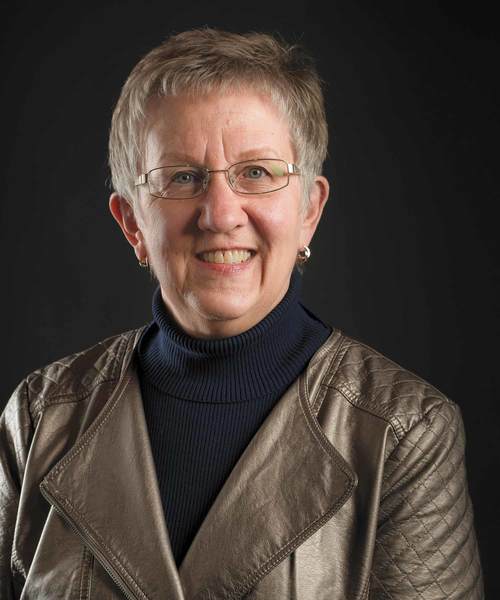 Thirty-seven years ago, Sharon Petro decided to make the four-hour drive from Wayne State University to South Bend and visit Notre Dame fencing coach Mike DiCicco on the off-chance the Irish legend might need someone to head the newly created women’s fencing team.

The year was 1977, and college athletic administrators all over the country were still struggling to figure out how women’s sports programs, now mandated by Title IX, should fit into the mix. Petro, who had fenced and coached for the Tartars (now the Warriors), thought Notre Dame might be a good match for her and vice versa.

“Notre Dame as an institution reflected my own values,” Petro said. “Coaching positions on the collegiate level were beginning to blossom, and so I thought I had nothing to lose by asking.”

Petro eventually met with then Notre Dame athletic director Edward “Moose” Krause and Astrid Hotvedt, who had been hired to build the Irish women’s program. DeCicco, who passed away last March, was going to coach both the men’s and women’s fencing teams, but Krause and Hotvedt, who liked what they saw in Petro, were looking for a women’s tennis AND a women’s basketball coach...AND a physical education instructor. Was she interested—in all three jobs?

Of course, Petro said yes. Her ability to embrace change and opportunity and wade into uncharted waters has led her in directions she never anticipated. Although she always had a sense of where she wanted to go, Petro wasn’t afraid to take a detour every now and then, as long as she kept growing and learning...teaching and coaching.

During her nine years at Notre Dame, Petro coached tennis for seven seasons (114-45) and basketball for three (49-20), chaired the physical education department and served as an assistant athletic director under Gene Corrigan. In 1980, her basketball team reached the Sweet 16 in the AIAW national tournament, while her 1985 tennis squad placed second at nationals, where she was awarded the NCAA Division II Wilson Intercollegiate Tennis Coach of the Year.

In the late ’80s, women were finally beginning to crack the glass ceiling of the college athletics administrator ranks, and Corrigan thought Petro had the makings of a first-class athletic director. However, she always harbored a plan to pursue her interest in the psychology of performance. She wanted to know what made athletes tick. Why did one succeed and not another? Her aim was to help others achieve their goals.

“I truly believe that in a good sport program, young people can learn every life lesson they need to know,” Petro said. “They can learn how to win and lose, how to build camaraderie, and recognize good leadership. These are essential skills for success and why I have continued my professional career in athletics.”

Although Corrigan was sad to lose a key administrator, he wished her well when she left Notre Dame in 1986 to pursue her doctorate in applied sport psychology at the University of Virginia, where, ironically, he had served as athletic director before coming to the Irish.

In another twist of fate, Corrigan, who left Notre Dame one year later and retired as commissioner of the Atlantic Coast Conference in 1997, returned to Charlottesville and now lives just seven miles down the road from the woman he mentored.

While working toward her Ph.D., Petro completed an internship in the counseling center at the University of Virginia. She also received her training in professional counseling at Virginia’s Curry School of Education and has served on the faculty of the UVA Counseling Center and taught sport psychology at both the Curry School and American University.

But her true passion was and is working with athletes and coaches.

“I know the athletic culture, and I understand the pressures athletes face,” Petro said. “I can help them.”

So in 1998, Petro founded Head Coaching Enterprises in Charlottesville. In her practice, she works with individual athletes and coaches, as well as business professionals, to help them develop the mental skills needed to achieve the success they strive to attain.

“Much of my work is helping folks learn how to focus under pressure, to help them attend to what is relevant to their performance rather than attending to distractions,” Petro explained. “Focusing on distractions interferes with optimal performance. Many athletes have difficulty distinguishing the difference between what is relevant and what is a distraction. When they are not performing to their optimal level, it is often because they place a great deal of importance on distractions.”

Petro’s clientele includes athletes of all ages and abilities, from a 71-year-old man who wants to improve his golf game to a professional bass fisherman. To illustrate her approach to how she helps athletes see their challenges in different ways, she shared the experience of one of her clients.

“A young figure skater told me she was afraid to fall. I’m thinking to myself, ‘Afraid to fall, that’s what skaters do. She’s been doing this for years.’ So I ask, ‘What happens when you fall?’

She replies, ‘Boy, do I hear it from my mother all the way home in the car.’ So, she wasn’t afraid to fall, but she didn’t want the lecture from her mother. She was so concerned about what her mother was thinking, she had difficulty attending to her jumps. So, I told the mother to quit doing that. Now, it’s usually not that easy, but I have to teach athletes strategies to disregard the distractions.”

When Petro assumed the coaching reins of Notre Dame’s second varsity women’s tennis team in 1977 and the first Irish women’s basketball varsity squad later that same fall, her athletes wanted to win, but playing sports did not dominate their lives. Nor did any one of them primarily come to the University to compete in athletics. In those days, sports provided an escape from a rigorous academic curriculum and offered a way to build friendships and develop lifelong team building skills.

“We definitely wanted to win,” Petro said. “But, we offered no scholarships so our players really put academics first. They were not consumed by their sports, nor did they play that sport year-round. Our players became successful business leaders, doctors, lawyers, educators—they were very high achievers, very driven. But, athletes today have such an intense focus on their sport. They spend much more time physically training and begin so much younger. Some are truly missing the balance that I feel we used to have.”

And that centeredness is what Petro hopes to restore through Head Coaching.

“Young athletes today feel such pressure to succeed,” Petro said. “There’s no down time—no time off. They are always playing—in school as well as often on a travel team. Then they are attending a camp, practicing, playing, working with a personal trainer...and trying to fit in school. It’s just maddening. Their anxiety level is often high, and athletes just can’t compete at their best under those circumstances.

“I don’t have a thing to do with playing time as I’m not the sport coach nor am I the parent. So athletes feel comfortable telling me what they are thinking and how they are feeling. In knowing their story I am able to help them. I can teach them ways to handle the stress and pressure by thinking differently.”

Over the last several decades, many college athletic departments have created all sorts of programs to help student-athletes in a long list of arenas—academics, nutrition, physical training, time management, public speaking, career development, finances, etc. But few have focused on mental skills.

“Unfortunately, people tend to come to me in a reactive situation, when there’s already a problem,” Petro said. “I firmly believe that if we are proactive in teaching athletes and coaches how to think more effectively, we’d see less and less of these problems. Let’s address this before they need help.”

And that’s why Petro, who also has a master’s degree in administration from Notre Dame’s College of Business, created The WIN Method, which focuses on “What’s Important Now.”

Although she had not designed her “WIN” philosophy back in 1983, when she was chairing the Notre Dame physical education department, taking classes toward her MSA and writing The Tennis Drill Book, Petro had to implement a similar approach to control when she was diagnosed with breast cancer at the age of 37.

“There was such a different attitude toward the disease back then,” said the 30-year cancer survivor. “You just didn’t talk about it. But I received so much support from my Notre Dame family as well as my own family. And my doctors in South Bend were terrific.”

And she publicly thanked those doctors when she returned to campus in February 2012 as the featured speaker of the Notre Dame women’s basketball “Pink Zone” event, organized annually by the University’s College of Science to recognize researchers and physicians in the fight against cancer.

Even though she left Notre Dame nearly three decades ago, Petro’s connection to the University remains strong and true. Inducted into the Notre Dame Monogram Club as an honorary member in 2007 during the celebration of the 35th anniversary of women’s athletics at the University, she admits that she never takes off the club’s insignia ring. And perhaps it’s not just coincidence that her corporate stationery is blue and gold.

“I so respect the culture of what Notre Dame stands for, and I’m proud to have been a part of that during an important time of my life and during an era that was important to the growth of women’s athletics.”