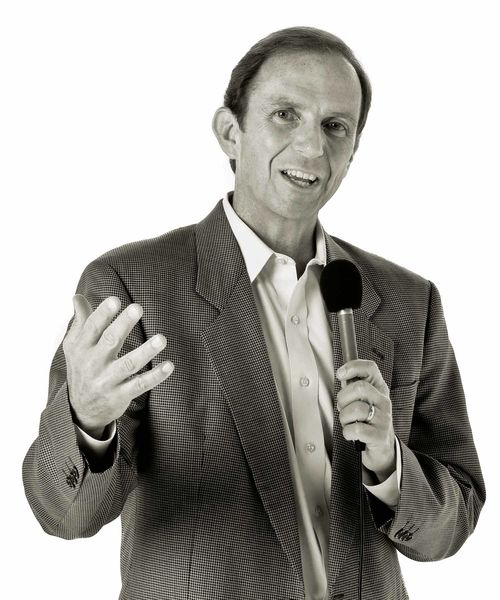 If you were a fan of the 1978 Chicago White Sox, you might have been attracted to Comiskey Park by Bill Veeck’s innovative promotions and left-field discount tickets. There, you might have overheard a small group of Notre Dame undergraduates “’broadcasting” the baseball game into a cassette recorder.

More than 30 years later, one of those aspiring announcers is among the most versatile broadcasters on sports television.

Ted Robinson is a veteran of seven Olympics, three years of PGA Tour golf, more than two decades of college football and basketball with Stanford, Notre Dame, the BIG EAST and Pacific-10 conferences and three years in the NBA. He is the current radio voice of the San Francisco 49ers, and he has 22 years experience in the major leagues with the Giants, Twins, Mets and A’s.

Yet, he is most renowned as the voice of grand slam . . . tennis, not baseball. Since 1992, he has called 36 grand slam tennis tournaments for NBC Sports, USA Network and the Tennis Channel.

It all started with the work experience he gained during his days as a Notre Dame undergrad.

“Whenever I had a free afternoon, I drove to Comiskey Park with my cassette recorder,” said Robinson. “The best way to learn your craft is by experience, so I recreated as many games as I could, live.”

Robinson was usually accompanied by fellow WSND broadcaster John Stenson, or he would kidnap a young fellow student assistant in the Notre Dame sports information office.

“We got a few strange looks from fans and I remember one night a vendor selling beer stopped in front of us and said, ‘Looks like you guys have had enough already.’”

This was not the first unorthodox means Robinson used to gain experience in his chosen field. As a youth he sat in his bedroom of his parents’ Rockville Centre, N.Y., home, and watched the Mets games with the sound turned off.

“I sat in that room and broadcast the game by myself. When our relatives came over they could hear me downstairs. ‘Ted sure likes to talk to himself.’”

“North Carolina had a strong broadcasting school and there was a pipeline of kids who went from my area of New York to North Carolina. But, my dad was adamant about me visiting Notre Dame. I had two uncles who had gone to Notre Dame. So we flew to South Bend in the spring of my senior year of high school.

“On my visit I met Ron Weber (director of the American Studies program) in O’Shaugnessy Hall. I will never forget him telling me that I could be on the air at WSND as a freshman. All the other schools I looked into, including North Carolina, said you had to stand in line to get on the air.”

Later that day, Robinson made his decision. “My dad and I walked by Notre Dame Stadium and the gate at the north end was open. Standing in the end zone, I told my dad, ‘This is where I want to go to school.’”

Robinson made the most of his Notre Dame years and gained as much experience in all facets of athletics as he could. In addition to working at WSND from day one, he became a student manager. In the fall of his sophomore year (1975), one of the games he worked was the Georgia Tech game.

“I ran game balls from the Georgia Tech sideline during the Rudy game,” said Robinson, whose wife Mary is a ’78 Notre Dame graduate (daughter Annie is an ’05 grad and son Patrick is a member of the ’08 class).

Robinson also wrote for Scholastic magazine and The Observer, was a student assistant for three years in the sports information office under Roger Valdiserri, and was Jeff Jeffers’ first intern at WNDU-TV.

“The great thing about my Notre Dame experience is that I got a great education, but I was able to pursue my vocation.

“Working for Roger Valdiserri was a great learning experience because I got the opportunity to meet some great broadcasters.”

But, the training behind the microphone during his undergraduate days covering games for WSND was the most beneficial. “What an era! My senior year (1977-78) I broadcast football games during a national championship season and basketball games during a run to the Final Four.”

Robinson’s first big break in broadcasting took place the winter of his junior year. “Pete Weber left WNDU at midseason to take a job in Buffalo, N.Y., and there was no one to broadcast Notre Dame hockey games (on radio).

“Roger Valdiserri recommended me as a replacement, so I went to Minneapolis to broadcast the Notre Dame-Minnesota hockey series over a weekend. When I got back, they said I did a good job and would handle the games for the rest of the year.

“They paid me $25 a game, but the experience was worth much more.”

Ironically, Minnesota would also play a part in his first professional break following graduation. Two weeks before his Notre Dame graduation he got a call from Ron Norick, general manager of the Minnesota North Stars’ farm team in Oklahoma City.

“I was sitting in my Campus View apartment and got the call. The job description included serving as travel director and public relations director. I sold tickets, edited the game program, updated stats, hired the bus drivers and picked up the Wendy’s hamburgers for the press box. In the leftover time, I could broadcast the games.”

He handled all those duties well enough, especially the broadcasting, that two years later he became the color commentator for the Minnesota North Stars.

Robinson’s career took him to many cities and teams over the next few years, but 1986 was a benchmark year on his resumé. That year he broadcast his first tennis match.

“Tennis just fell in my lap,” said Robinson. “I got a call from my agent who told me USA Network was looking for a host for its tennis coverage. But, I didn’t know much about tennis. I knew the scoring system, and I knew the names of the prominent players, but that was about it. USA said they just needed a good traffic cop for the broadcast.”

Robinson’s first assignment was a professional tournament at the Cow Palace in San Francisco. He was joined on the broadcast by Donald Dell and Mary Carillo, two experienced professionals in the tennis broadcasting world.

“Jimmy Connors and John McEnroe played in the finals, and it was a terrific match. All the tennis people laughed that I had such a classic matchup in my first tournament on television.”

Robinson had no idea that one of the players involved in that match would have such a positive impact on his career.

Robinson’s relationship with USA Network flourished. He continued with tennis the next year and started a three-year run as the host of USA Network’s golf coverage, including the 1989 Masters.

The Twins won the 1991 World Series and he co-authored a book on the season with Twins’ manager Tom Kelly. His role covering the NCAA basketball tournament for CBS (both radio and television) expanded, and he has now covered the tournament for nearly 25 years. His voice will be forever in the minds of Valparaiso fans, as his call of Bryce Drew’s game-winning shot against Mississippi in 1998 is a buzzer-beater classic.

He even found time to broadcast Notre Dame football games during the 1989 and 1990 seasons with Paul Hornung. He was at the Big House the day Rocket Ismail took two kickoffs to the end zone in the 24-19 win over Michigan.

In 1992, McEnroe retired as a player and moved to the broadcast booth with USA Network. He was paired with Robinson and the team became an instant hit. “USA broadcast the U.S. Open in prime time and we had some great matches. John brought so much to the broadcast and we developed a strong following.”

In 1999 Dick Enberg left NBC Sports and that created an opening for the lead tennis announcer position. McEnroe went to bat for Robinson with the executives at NBC, in particular Dick Ebersol. Robinson got the job and has since broadcast every French Open and Wimbledon.

In July 2008, Robinson had the good fortune to broadcast perhaps the greatest tennis match in history when Rafael Nadal defeated Roger Federer in an epic Wimbledon final.

“John called it the ‘greatest match ever played,’ quite the compliment coming from the man willing to concede his own 1980 classic with Bjorn Borg to this spectacle. We were in the NBC broadcast booth for seven hours with no break, yet never did we notice the time until the telecast ended. Then exhaustion consumed us as we realized how lucky we had been to witness history.”

While Robinson can give a snap answer when asked about the top sporting event he has broadcast, he is equally quick to issue a qualifier.

“The biggest event I did was the Papal Mass celebrated by Pope John Paul II at Candlestick Park in April 1987. I convinced the local CBS affiliate (where he was sports director) that I would be an asset to the broadcast. My Notre Dame degree gave me some credibility.

“So, I did play by play of a Mass with a pair of bishops from the Archdiocese of San Francisco. There were 75,000 people in Candlestick Park. When the Pope entered the stadium it was just electric. What a spectacle.”

Now one of the most recognized broadcasters in the industry, he has continued an amazing legacy of Notre Dame graduates in broadcasting. “When you think that Notre Dame does not have a true broadcasting major, it is stunning that Tim Ryan, Don Criqui, Hannah Storm, Phil Donahue, Regis Philbin and dozens of others all got their start at Notre Dame.”

And in the left-field bleachers at Comiskey Park. 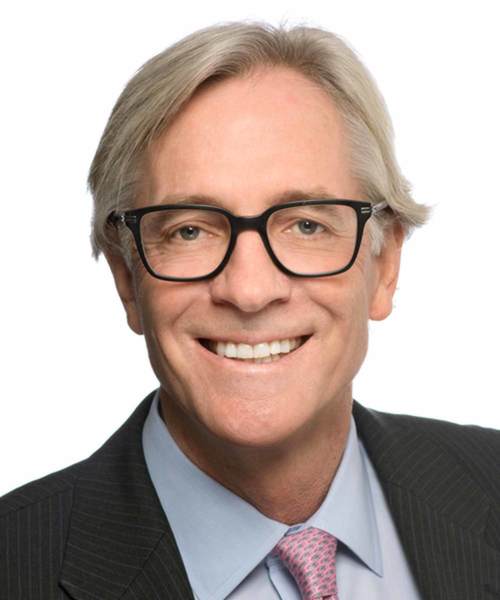 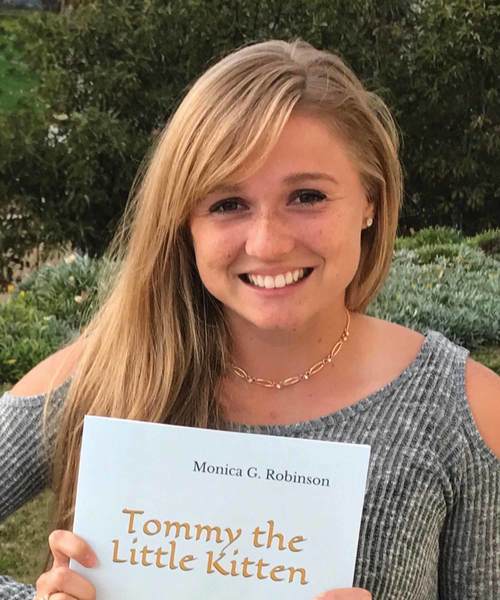