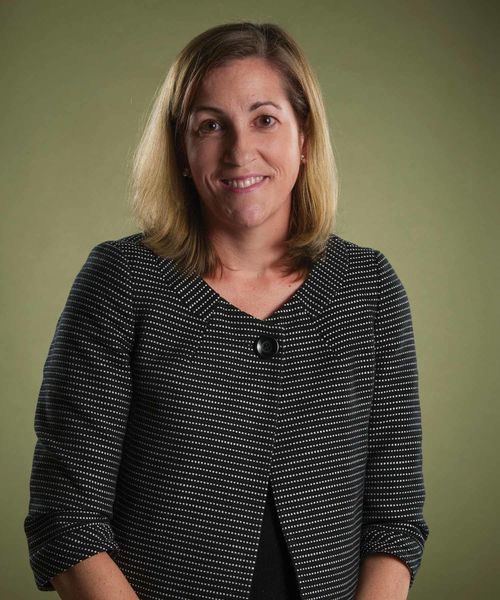 She helps keep Irish athletics on straight and narrow path

She doesn’t play sports for the University of Notre Dame, though she’s still known to wield a wicked tennis racket.

She’s neither a coach nor an Irish athletics administrator.

Neither her face nor her name is likely to be recognized by even the most ardent Notre Dame sports fans.

Yet, Tricia Bellia, in her role as chair of the University’s Faculty Board on Athletics as well as the University’s NCAA Faculty Representative, likely has as much influence as anyone on the philosophy of athletics at Notre Dame.

Bellia, who took over as chair of the Faculty Board on Aug. 1, 2009 (and had been a member since 2005), is no stranger to sports. She played varsity tennis as an undergraduate at Harvard and served on the executive committee of the Harvard-Radcliffe Foundation for Women’s Athletics.

Tricia heads up the Faculty Board that advises University president Rev. John I. Jenkins, C.S.C., on all matters relating to athletics. The board includes 15 members—seven faculty members elected from the various colleges, four appointed by the president (three from the faculty, one from the student body) and four ex-officio members (the director of athletics, the vice president for student affairs, the director of academic services for student-athletes and a representative of the president’s office).

The board’s baseline mission is to ensure the University’s athletics programs operate on a day-to-day basis in concert with the University’s overall educational objectives. Bellia and her colleagues keep a close eye on admissions, graduation rates and everything else at Notre Dame that impacts student-athletes’ progress toward their degrees.

“I think I have an appreciation for all this from my own athletic experiences because, limited as they were, values like perseverance and teamwork came out of me being a student-athlete. It was a great experience for me, and I had a desire to see that others would have that same sort of experience,” she says.

If Bellia thought her role and that of the board would be a behind-the-scenes endeavor, that all changed over the summer when college athletics experienced all sorts of upheaval that over time is expected to markedly change what the student-athlete concept is all about.

“When I first went into this, I thought we would just be managing a set of issues that would be pretty set for us, such as team schedules, class misses and making sure our student-athletes have access to all the majors they might want to pursue—making sure our practice times would not conflict with the classes they needed to take,” she says.

“I thought we would have a very focused set of subjects internal to our campus. What I didn’t appreciate was how rapidly things would change on the intercollegiate landscape as a whole. When I came in we were in the BIG EAST, then we went through the transition to the ACC (Atlantic Coast Conference) and now we’re dealing with a menu of difficult issues in terms of intercollegiate athletics as a whole. It’s interesting how my perception of what the role would be like differed from the reality of it.”

Bellia enjoys the opportunity to compare notes with her counterparts at other institutions, in part through the Faculty Athletics Representatives Association (FARA). She likes the idea that her dual role as both the chair of the Faculty Board and the institution’s NCAA faculty representative helps provide a consistent approach.

“I really believe our structure and the depth of our involvement is unique. We have a set of policies I don’t see replicated at any other institution in Division I,” she says.

Those policies are clearly set out in the Faculty Board’s Statement of Principles.

“The Statement of Principles is a great document. It speaks to the values we have as an institution, and I feel like we have a great story to tell,” Bellia says.

“As I look across the entire college landscape, what we all really need is a statement of values.

“With everything I do with the board, I always go back to that document and ask, ‘Where does this fit in with our core values?’”

One of the academic provisions set forth by the Faculty Board is that student-athletes generally are allowed only three excused absences per class per semester for regular-season competition—a requirement that prompts Irish coaches to build their schedules and travel plans around that rule. In fact, that policy came front and center when Notre Dame looked at joining the BIG EAST and Atlantic Coast conferences, because league schedules needed to enable Irish teams to adhere to that requirement.

“We don’t want our student-athletes in situations where they have more class misses than they can handle,” says Bellia. “When I look at other institutions, they really struggle with this. Often an athlete hands the professor a list of dates they’ll be absent and there is no conversation, no limitation being imposed, no constraints. That’s a benefit we provide to our student-athletes so they have the best opportunity to get the education they signed on for.”

Another somewhat personal priority for Bellia has been finding a better way to encourage student-athletes who leave Notre Dame without their degrees—many because of professional sports opportunities—to return to finish their academics.

“Until three or four years ago we had a provision in our academic code where, if students were gone for more than a five-year period, they lost all their credits,” she says.

“In theory you had to start over—and no student returning from a pro career would ever do that. So we pressed the Academic Council to do away with those academic credit forfeiture provisions.

“Philosophically I feel like, if we bring someone here to our institution, we should see them through to graduation. If they leave for a pro career we need to find reasonable avenues for them to return.

“The first student I encountered this with was Matt Macri, a baseball player who had been out about six years. He was the first one to get around that five-year forfeiture provision and since then we’ve had a number of hockey and football players who have successfully completed their degrees.

“This has really opened the door. For a long time we would not let players return in the summer, but we’ve also reversed that and that has helped some of our hockey players come back and finish.

Bellia is currently part of a more public examination of college athletics through the 5-5-5 committee, an ACC group involving a representative from each member school—five presidents, five athletic directors and five faculty athletic representatives—hence, the 5-5-5.

“This is the ACC approach to managing autonomy. We’ve identified different sub-committees that include practitioners from across the conference in areas such as financial aid and compliance. So as we look at legislative options, we have input from the individuals who have the most knowledge at the development stage.

“We’ll have one wave of legislation that will culminate in the NCAA Convention in January, but then we have topics for 2015 and 2016 that we will be managing.”

Bellia’s contributions have not gone unnoticed.

In December 2011 at the annual Notre Dame Football Awards Show, the Notre Dame Monogram Club surprised her with an honorary monogram. In making the presentation, Irish vice president and athletics director Jack Swarbrick said, “Tricia deserves this honor because she cares about the University and the integration of its athletics programs into the University more than any faculty rep in America.”

In March 2013 she received Notre Dame’s BIG EAST Conference award for National Girls and Women in Sports Day, a BIG EAST award that acknowledges contributions toward and support of girls’ and women’s athletics by individuals in communities of its member institutions.

Bellia does her research by trying to see “a chunk of each sport” in terms of Irish games and matches. And her spare time still involves some tennis.

Then competing as Patricia Small, she earned letters on the Harvard courts in 1990 and 1991 (helping the Crimson to the 1990 Ivy League championship), and she has yet to shelve her rackets for good.

She won the 2013 South Bend Metro women’s open singles title, as well as the mixed doubles crown that same year with Matt Halfpenny (husband of Irish women’s lacrosse coach Chris Halfpenny). She also advanced to the final match in 2004, 2005 and 2014. An injured hip kept her off the courts for six years in the interim.

“My integration back into athletics with the Faculty Board role made it more and more difficult to resist trying to get back on the court,” she says with a smile.

Having once clerked for Associate Justice Sandra Day O’Connor of the Supreme Court of the United States and worked three years as an attorney-adviser in the Office of Legal Counsel of the U.S. Department of Justice, Bellia knows her way around those courts as well.

It’s safe to say Tricia Bellia will have had a guiding hand in ensuring the environment for that to be accomplished at Notre Dame didn’t come about by accident. 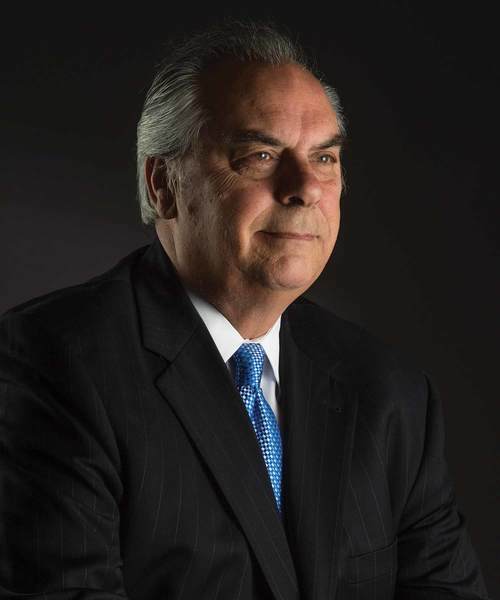 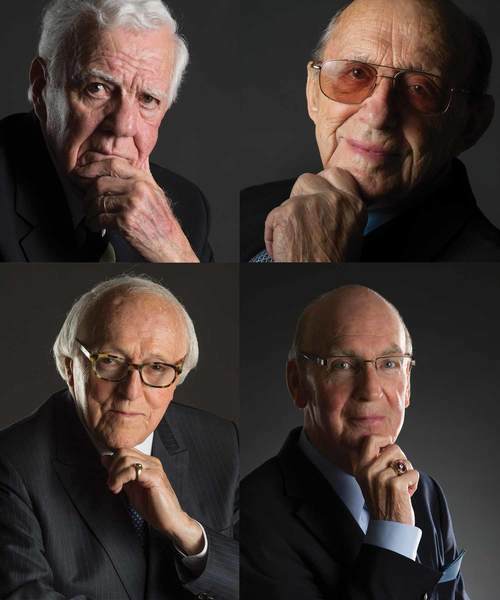