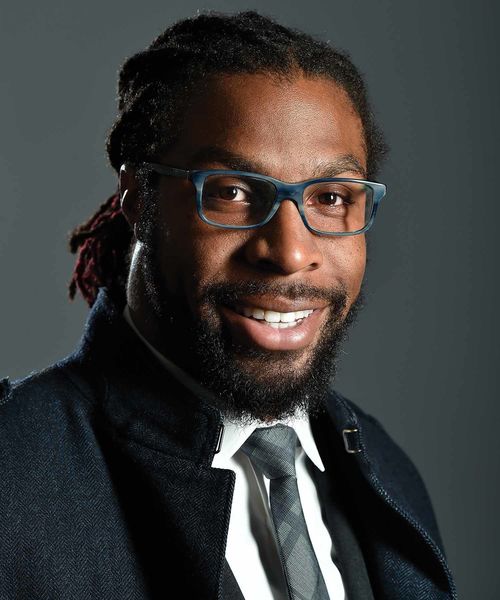 Fostering Love for Reading in Denver

For former university of Notre Dame and current denver broncos safety david bruton jr., 2015 has been a transformative year.

The Broncos’ special teams captain has long yearned to realize his dream of making an impact beyond the constraints of kickoffs and fourth downs, and as the Denver defense continues to put its tread marks on opposing quarterbacks and offenses, Bruton has become a formidable piece of the puzzle.

But it’s not just on the field that he’s found his niche. After a long search, Bruton has found a meaningful way to positively impact the community he’s come to call home.

From his days in high school as a teacher’s assistant to learning about educational policy at Notre Dame, Bruton has long been involved in education. Now, with his Bruton’s Books program, which aims to improve childhood reading proficiency, he’s making an imprint in a distinctive way.

Bruton has always done things in a distinctive way, though, and that has occasionally reached into his teaching passion.

During the 2011 National Football League lockout, some NFL stars went back to school to finish their degrees. Bruton went to school, sure, but he wasn’t a student. With plenty of free time, he became a substitute teacher in his hometown of Miamisburg, Ohio. Earning $90 a day, Bruton filled in to teach classes across the spectrum from elementary to high school.

“It was definitely eye-opening,” Bruton says. “It was a great experience, a different experience than I’ve ever experienced in my life. Going back to substitute teaching, seeing young kids and their desire to learn and just how excited they were to be at school was something that I was like when I was a kid. I was always excited to be at school. I feel like me substitute teaching definitely opened up the avenue of potentially doing something foundation-wise with books and with kids. I love kids and I love education.”

That wasn’t even the first time Bruton had taken to teaching, though. In his senior year of high school, he had taken the initiative to serve as a teacher’s assistant for classes in elementary and middle school.

If it didn’t seem like Bruton thought he was headed on a path to the NFL, you’d be right. He was a three-star football prospect, but he intended to parlay his football skills into an education he could use.

But the NFL would be in his future, even though he didn’t imagine it would be. The Broncos drafted him in the fourth round in 2009 and he’s been in Denver ever since.

The six years that he has spent as a Bronco have afforded him an ability to put down roots that many professional athletes don’t have, especially with the way free agency in the salary-cap era has flourished. In that time, Denver and the Broncos have embraced Bruton, and he embraced a role on special teams, eventually becoming captain of that squad in 2013 and every year since.

With an interest in biking, off-roading and the outdoors in general, Bruton also feels a connection to Colorado and the community he’s settled into. But he didn’t know how he could substantively give back to the people who support him.

After a long search, he found the natural fit: an organization focused on stimulating literacy.

“I’ve always wanted to do something,” Bruton said. “I just didn’t really find my niche until recently. Honestly, it took maybe a month to get it up and running, so it was great. It happened quick, but we were able to turn it around real fast.”

The result was Bruton’s Books, a charity program that is partnered with the Colorado Reading Corps and Mile High United Way. Its goal is simple, but not easy. It aims to improve reading proficiency for children from kindergarten through third grade by helping schools in lower-income areas in Denver by offering reading supplies and tutoring for students.

“It’s extremely important and actually very advantageous for a kid to be able to read at such a young age,” Bruton said. “There’s a direct correlation with early childhood reading proficiency, and it’s directly tied in with high school graduation.

“I’ve been privileged and fortunate enough to be teamed up with Mile High United Way and its reading course program to help eliminate child illiteracy. It’s a program where 82 percent of the kids who go through that program are reading at their grade level, so I feel like every kid should have that advantage. And to succeed, you need some type of advantage.”

It was when he really began seeing some of the statistics that he thought he could have an impact. Literacy at a young age—particularly before that third-grade level—is a strong indicator of how well one engages academically. For the 2012–13 school year, 23 percent of high school students in Colorado didn’t graduate, which is above the country’s average. About 11,000 students dropped out that year.

“It’s a huge problem, especially out here in Colorado with the graduate rate being so low and also the reading proficiency for kids K through third grade being so low,” Bruton said. “It’s pretty sad that it’s like that, but you’ve also got to understand there’s those impoverished families we can reach out to and help give books to eliminate the ‘brain drain’ throughout the summer or help bring books to a school so they can have something to read during down time.”

Six months have passed since Bruton’s Books officially began its work, and through donations and fundraising events, it has worked toward those goals. The fund has donated 1,000 books at four of its adopted schools for summer reading and collected an additional 2,000 books. Bruton also personally funded $26,000 to Mile High United Way to establish a reading oasis at each of the four schools, where students can receive support from tutors or read along with audiobooks to improve reading skills.

“The goal of the foundation is to continue to fundraise, establish a reading oasis at each of the four adopted schools and foster a love for reading,” Bruton says. “That’s the biggest thing, and being able to be partnered with Mile High United Way has definitely opened up a lot of doors with how we are able to fundraise and interact with some of these reading core tutors that we fund. It’s been great.”

His foundation also has organized popular fundraising events, the most notable of which was a Bruton’s Books Family Fun Ride in July. The event combined two of Bruton’s favorite things: instilling a love for reading and being active, with an 8.24-mile bike ride.

“Hopefully it’s a huge impact,” Bruton said. “I’m excited about it. We had books being donated, money being donated that will help the Reading Corps and Mile High United Way, as well as Bruton’s Books. It was a great turnout for a first event. It’s amazing. I was a little nervous, but I’m very excited at how this event’s turned out.”

Being involved in education has been a long time coming for Bruton, and his time at Notre Dame was a big part of that.

“When I went to Notre Dame, I didn’t expect to make it to the NFL at all,” he says. “My whole thing was I know I’m going to get a great education here. It’s going to be second to none. Let me put all my eggs in this basket and see what happens.”

One of his more memorable classes turned out to be a political science class that focused on the No Child Left Behind Act of 2001.

“It’s funny, because when you study poli-sci, it’s always about what’s hot at the time,” Bruton said. “With George Bush at the time, it was always No Child Left Behind and education. So I felt like I was constantly being pushed toward education. Education was going to be my focus in some way, shape or form when it was all said and done.”

It was a foundational experience, just as his earlier and later involvement in education would be.

“There are a lot of contributing factors, but I definitely feel like my substitute teaching, my being a TA assistant when I was in high school and the multiple volunteer works I’ve done out here in Denver where I’ve been going to schools and reading and things of that nature—all that definitely geared me toward starting Bruton’s Books.”

Fostering a love for reading is something Bruton does even at home. He and his 9-year-old son are pitted against each other in a friendly yearlong reading contest. The father’s books may be longer, but he’s still racked up 25 as he heads into the final two months of the year—and his son has kept right there with him.

As he’s followed his son’s education, Bruton has been able to see the impact a devotion to reading can have.

“It’s great having an older kid and being able to challenge him in reading, on how many books you read throughout the year,” he says. “But just seeing the importance of reading—and how he honestly took it as important, as I see it—that’s been great. I get notes from teachers saying how great he’s doing in reading, comprehending, things of that nature. It makes me proud, as a father, to know that something I’ve been instilled with as far as reading and education has definitely been passed on to him.”

And now with Bruton’s Books, he hopes to pass that on to children in the Denver community who need that helping hand.