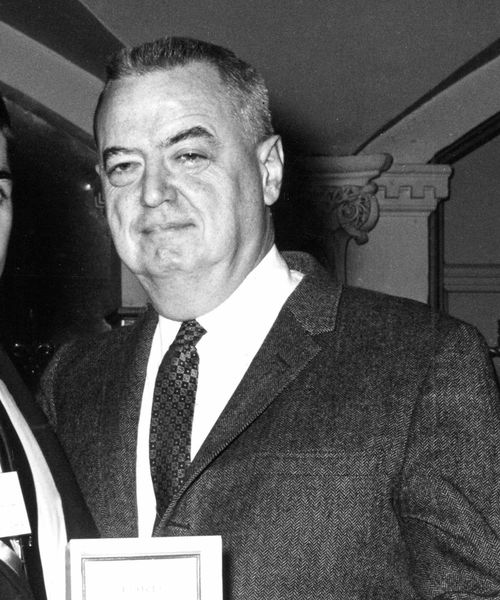 Jack Snow’s daughter Stephanie pleaded and finally persuaded him to be in the birthing room when she was about to deliver her daughter Raquel.

Tears filled Snow’s eyes when he held Raquel, his seventh grandchild, with the steady hands that caught 60 passes as an All-America wide receiver at Notre Dame in 1964 and 340 more passes and 45 touchdowns in an 11-year National Football League career with the Los Angeles Rams.

Snow would never live to see Raquel grow up, nor would he know that she would be diagnosed at age 4 with a rare disease known as Wolfram syndrome. He died on Jan. 9, 2006, of a staph infection at age 62. It was nine months and a day after Raquel was born.

But the legacy and memory of Jack Snow could be the catalyst that leads to more effective treatments, if not a cure, for millions of patients who suffer from diabetes and related illnesses, including Wolfram syndrome.

Wolfram presents itself as Type I diabetes and ultimately leads to vision loss, hearing loss and cognitive decline. There are about 25,000 known cases of Wolfram in the world, and 60 percent of the patients die by their 30th birthday.

“From the time of diagnosis, they decline a great deal within five to eight years,” said Stephanie Snow Gebel, who with husband Barclay has four children, including Raquel, now 10.

“Raquel is legally blind now … she can’t see five feet in front of her. She has to go on medicine to control her bladder. She gets awful headaches and choking episodes.”

During Jack Snow’s playing career, he represented several charitable causes, including the Susan G. Komen (breast cancer), the Epilepsy Foundation and, most dear to his heart, the Juvenile Diabetes Research Foundation. His other daughter, Michelle, has a son, Jacob, who was first afflicted with diabetes as a young child.

“He was an out-of-the-norm athlete,” Stephanie said of her father, who teamed with Heisman Trophy-winning quarterback John Huarte in 1964 and left Notre Dame as the school’s all-time leader in single-season receptions, receiving yards and touchdowns. “He would go out and publicly speak and give his fee to the Rams’ charitable foundation. He was always doing things for people, and he never expected anything in return.”

Unlike the many charities Jack Snow endorsed, the Snow Foundation is one of a kind. It’s the only organization in the world dedicated to conquering the lesser-known Wolfram syndrome.

The Snow Foundation has raised close to $2 million for research, but it is about $2 million shy of the necessary funds to complete drug trials.

“We’re learning that lesser known diseases don’t get a lot of attention and have a hard time with fund raising,” said J.T. Snow, a former Gold Glove first baseman for the San Francisco Giants. “We’ve reached out to a lot of people. We got this thing rolling. We need to raise a lot more money to make sure people like Raquel are going to be taken care of.

“We’re kind of bummed out that my dad’s not around because he would have taken this and would have gotten a lot of attention for it. He would get people to buy in and to get into their checkbooks and help us raise money for these doctors who are studying Wolfram syndrome.”

As analyst for the Rams’ radio broadcasts after his professional football career ended, Jack Snow accompanied the club when it moved to St. Louis in 1995. In a stroke of good fortune, the doctor who began researching and discovered Wolfram syndrome was Dr. Alan Permutt of Washington University in St. Louis.

Permutt, a diabetes victim himself, treated Raquel for nearly two years until his death in 2012. His work is being carried on at Washington University by Dr. Fumihiko Urano, whom Stephanie convinced to relocate his family from Japan to St. Louis.

“In focusing on a rare disease like Wolfram, we have uncovered a lot about common problems—that’s what is so exciting about it,” said Dr. Saad Naseer, chief executive officer and chief medical officer of The Snow Foundation.

“It’s diabetes, vision loss, hearing loss and brain deterioration. Those four collectively affect hundreds of millions of people. You probably know 10-12 diabetics personally. You know people whose vision and hearing deteriorate or have Alzheimer’s or Parkinson’s or some sort of other brain deterioration.

“The research we’re doing is applicable to all those people. If we find a new treatment for diabetes, it’s not just for Wolfram syndrome patients, it’s for every diabetic. The same goes for any treatments we develop for vision loss, hearing loss or brain deterioration.”

The doctors at Washington University recently received encouraging data from its first testing of mice.

“We actually prevented diabetes in all of the mice we gave our test compound to,” Naseer said. “We’re close, but the problem is we need a minimum of $2 million to complete all these studies in mice.”

To help come up with more funds, the Snow Foundation established a website, thesnowfoundation.org, to raise awareness and has staged events including golf tournaments, celebrity bartending functions and other activities to raise funds.

Stephanie and J.T. also reached out to the Notre Dame family, including former Fighting Irish quarterback Rick Mirer, whom Gebel calls “her little Notre Dame angel,” and Brian Murphy, an NFL player agent and Notre Dame graduate whose wife Lauren is a diabetic.

“I ran with this because I had a lot of sympathy for Stephanie’s situation, and I wanted to introduce her to people who may be able to help,” Mirer said. “The Notre Dame family rallied around Ara’s situation and made an impact, hopefully eliminating a lot of other kids having to go through that.

“It’s been a little harder because she’s not Ara Parseghian. Eventually, we’ll get the right people aware of it and she’ll get the help she needs.”

Mirer hopes members of Notre Dame’s Monogram Club respond to the cause—and Murphy, who represents current and former NFL players from Notre Dame, believes they’ll step up to the plate, similar to how Jack Snow contributed his time and resources to worthwhile causes.

“It’s an old philosophy that you give what you get. Jack Snow was actively involved in all these charities, and now it’s time to help his family and a lot of people are anxious to give back to him because he helped so much.”

Once the doctors at Washington University complete the mice studies, the Snow Foundation will have sufficient data to approach a pharmaceutical company and ask it to take over the project.

“It’s going to be revolutionary. I think there’s a reason my child got this disease. I am a fighter, I am a momma bear, I’m not going to sit back and watch her deteriorate if I can do something about it. I’ve got my dad’s personality. I’m a mini-Jack Snow … ”

In all, Jack Snow had three children and eight grandchildren. In this quest to find a cure for Wolfram, the family still derives inspiration from Jack nearly 10 years after his death.

“He’s watching, and he’s helping out best he can,” said J.T. Snow. “We know that because little things here and there pop up and let us know that he’s paying attention, both he and my mom, Merry Carole, who we lost way too early (to cancer in 1998).

“We see the No. 84 a lot, his number with the Rams. Things that remind us of him, things a family would know. You go to the grocery store, and your grocery bill is like $84 … or a lot of times we travel, and we’re leaving out of Gate 84. Just random things like that let you know my mom and dad are watching.”