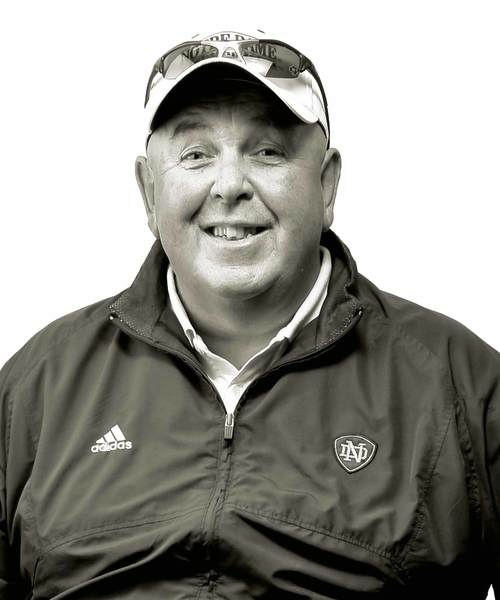 Rudy without a helmet

Jimmy Zannino is of sound mind and body.

Still, even he admits a jury of his peers would be deliberating quite some time before he was acquitted of any charges to the contrary. The biggest problem for the prosecution would be finding Zannino’s peers. As for the defense, exhibit number one would be the defendant himself who hereby will testify on his own behalf.

Things don’t get off to a good start when Zannino says, “You might think I’m whacked when I tell you my story.”

So Zannino tells me his story and I know when he is finished he is not whacked, he is simply Rudy without a helmet or a movie.

Jimmy Z., as everyone has called him since he was a kid, grew up in Lewistown, Pa., dead in the middle of Happy Valley. Yes, that Happy Valley, festooned in Penn State blue and white and said to be surrounded in the long ago by mountain lions.

In Lewistown you were a Penn State fan or you better find a sanctuary in which to hide your insidious loyalty to another school. Zannino found that sanctuary early on and—I swear, Your Honor, this is true—it was Sacred Heart Church and School. At Sacred Heart, you could be a Notre Dame fan and be protected by the nuns from any local bullies wearing the blue and white.

From the time he was five years old, Zannino wanted to be at Notre Dame and nothing was going to stop him. But his trail to Notre Dame is littered with obstacles that would have stopped nearly everybody else and left them with nothing but the dream.

The conventional route was blocked early on when his dad Alphonso (“he looked just like Dean Martin”) died when Zannino was 14. The family was close to broke, an experience that toughened Zannino for the road ahead, and he was a marginal athlete. So going to Notre Dame as a student was out of the question. In fact, going to any college was out of the question, just like it was for a lot of kids from those small, often dying, Pennsylvania towns in the ’60s and ’70s.

So Zannino did what he had to do—he went to work and liked his job managing a department at a local supermarket. But, you know what they say about dreams, they die hard, and Zannino already had lost the only thing that meant more to him than his dream, his dad. And he had told Alphonso he was going to get to Notre Dame one way or another, and so he goes for a football game. Not just any game, mind you, but maybe the greatest game ever played at Notre Dame Stadium, the Notre Dame-Miami clash in 1988.

Typical of Zannino and everything he did in the years ahead, he came without a ticket but with $125 in his pocket. Make of this what you will, but after a stop for prayers at the Grotto, Zannino finds a guy holding up one ticket. He offers him the $125, then does the math and lowers the offer just enough to have money left for gas to make the trip back to Lewistown.

That trip, that day, that game proved to Zannino what he always knew, Notre Dame was his real home, and he was going to get there and work there and stay there for the rest of his life. Furthermore, he tells himself, he is going to work at Notre Dame Stadium.

So Zannino did what any good Catholic boy would do, he went to church every day and prayed for guidance. For three years he prays for the sign that he must leave right now for Notre Dame.

Then one day early in 1991 that sign came to him. No, the sky did not part with light shining down on him with a silent message, “Jimmy you must come, you must come now.”

Actually, what happened is a copy of a Notre Dame fan magazine came in the mail with an article that said spring football practice would begin on April 10. So Zannino packs everything he has in the world in his car, puts his savings of $300 in his wallet and heads off to South Bend.

His last stop is his sanctuary, Sacred Heart, and a final round of prayer. As he leaves the church the miracle occurs, or so Jimmy Z. thinks. He runs into a guy he had met a couple of times, a Lewistown guy who went to Penn State and Notre Dame. Zannino is happy to tell him his story, and the guy asks, “Do you have a job; do you have a place to stay?”

This is where it gets interesting because Zannino has neither.

So Mr. Important makes a couple of calls to old acquaintances in South Bend, and the next thing Zannino knows he has both a job and a place to stay in town.

He leaves April 9, 1991, because spring practice starts on the 10th—and when he pulls off at the South Bend/Notre Dame exit on the Toll Road he stops his car, climbs on the roof, stares at the Golden Dome and begins to cry. Life is good!

Life is also real as Jimmy Z. finds out the next day.

That job he was promised tending bar at Gipper’s Lounge was given to someone else hours before he arrived. That room he had locked up in a house on Howard Street within view of the campus would not be available until the current students were finished in a month.

So, Zannino has no job, no place to live—he only has his dream, and he has followed it this far and nothing is going to stop him.

Instead of the job at the Gipper’s bar he agrees to work on the house-cleaning crew at the connected Holiday Inn for minimum wage and looks in the classifieds for a place to stay and finds one. It is a local motel called the Wooden Indian.

I will try to be nice about this, but the Wooden Indian has a reputation in South Bend, mostly with the police. Zannino discovers right away that this is a nightmare, and not a dream, and so he does what many other patrons of the Wooden Indian have done through the years; he keeps a baseball bat and a Bible near his bed.

At this point his original stash of $300 is dwindling and dwindling fast. To make ends meet, his new friends on the hotel cleaning crew let him take showers in rooms they have yet to clean, and they collect uneaten room-service food for him to eat. At one point he is literally down to his last dollar and it is time to make a decision—does he get a fresh sandwich or a pack of cigarettes? He opts for the cigarettes (he gave them up years ago) because if he gets the sandwich he will want a cigarette anyway.

That might be rock bottom for the rest of us, but not for Zannino. All the while he is meeting people at Notre Dame and telling them about the dream and that he would do anything for the University. He escapes the Wooden Indian, sleeps in his car and then finds a room above a bar in South Bend—if that was good enough once for Joe Montana, then it would be good enough for Jimmy Z. He tells the owner he will pay him soon.

People he met at Notre Dame get him a job as a short-order, late-shift cook at the South Dining Hall. Eventually, he moves on up and gets a job making deliveries for General Services. He goes back to Lewistown and meets a girl, Aliana, and proposes.  She says yes if Jimmy Z. gets a really good job, one they could count on so they can be wife and husband forever at Notre Dame.

One of those people Zannino met hanging around campus was another Notre Dame veteran, Robert “T” Thomas, who oversees the Notre Dame Stadium grounds crew.  “T” went to bat for Jimmy time after time, but what Jimmy Z. finds out is that there are only 12 full-time jobs at his beloved Notre Dame Stadium.

He cries in front of his wife.

He cries when he tells me this story.

It is 2010 and Jimmy Zannino is living the dream, and it’s not a miracle because he made it happen.