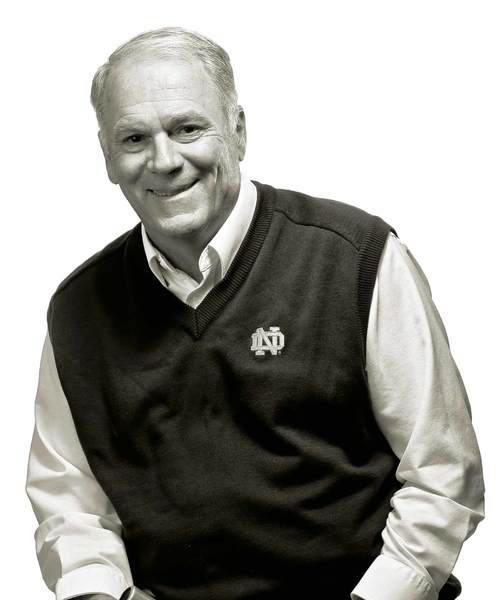 Skylab 4 returned to earth after 84 days in orbit.

The Universal Product Code was scanned for the first time to sell a pack of Wrigley’s gum at a Marsh Supermarket store in Troy, Ohio.

President Richard Nixon announced his resignation amidst the Watergate scandal.

Muhammad Ali knocked out George Foreman in Zaire to regain the heavyweight title.

And Joe Piane, now the veteran in the University of Notre Dame head coaching ranks, joined the Irish athletic staff as an assistant track coach.

Piane left Western Illinois to join up with Irish head track coach Don Faley, who had been Piane’s college cross country and track coach at Loras College in Dubuque, Iowa. The two had stayed in touch, and Faley suggested to Piane he might have an opportunity available at Notre Dame once Piane finished his master’s degree.

A year later (May 1975), Piane replaced Faley as the Notre Dame head track and field and cross country coach—and the rest, as they say, is history. Piane’s appointment that year came as part of a three-way announcement that included the naming of Ray Sepeta as the new Irish wrestling coach and Astrid Hotvedt as coordinator of women’s sports (as Notre Dame’s first female athletics administrator).

At the time, Piane was 28 years old. He had coached internationally in North Africa while in the Peace Corps for two years. Even as Irish head coach, he served as an instructor in the Notre Dame physical education department for years to come.

Check out the printed Notre Dame football game programs from 1974, and you’ll see a full page of 20 photos of Notre Dame athletic administrators, led by athletics director Moose Krause. None of those individuals remains at Notre Dame today—and half are no longer alive.

There were no departments in athletics for promotions or compliance or human resources when Piane came to South Bend—but a check of the employment ranks suggests that among the very few athletics employees remaining from the time Piane started are former hockey coach Lefty Smith (now director of the Loftus Center) and current associate athletics director (and longtime Joyce Center director) Mike Danch.

In those early days, if Krause wanted to call a staff meeting, he simply had to holler down the hall to a handful of senior-level managers. It’s not so easy now with 250 full time athletics employees. Piane’s original office was situated a floor below the administrative level—as were all the coaching offices—right next to Digger Phelps’ men’s basketball staff.

Life was demonstrably simpler back then.

Piane had one part-time assistant coach in Ed Kelly, who also taught full time at Niles (Mich.) High School. The Irish had 10 scholarships, but the scope of the department was so much smaller and facilities were nothing like they are today. Piane and other athletics department members played memorable, after-work, summer softball games against University employees who worked in the Main Building. In those days, you knew just about everybody on campus.

Piane measures the growth of athletics on the Notre Dame campus by thinking about the six athletics directors for whom he has worked:

2. Gene Corrigan—“Gene started building buildings. He really pushed for facility improvements. He’s the reason we built the Loftus Center which has been a tremendous indoor home for our track teams.”

3. Dick Rosenthal—“Dick opened the wallet a little bit and we really began to expand the Olympic sport programs in terms of our departmental commitment.”

4. Mike Wadsworth—“Mike emphasized the elevation of the quality of our student-athletes in terms of academics.”

5. Kevin White—“He expanded even more in terms of building projects and made every program more national in scope. His idea was to give every program a chance to compete for a national championship.”

6. Jack Swarbrick—“He’s continued the facility improvement Kevin began, and his goal is to create a fantastic four-year experience for every student-athlete.”

If there was a watershed moment for Piane’s program in terms of growth, it came in 1981 when Chuck Aragon became the first Notre Dame runner to record a sub-four-minute mile time.

“That will always stick in my mind. That’s the biggest thing that’s happened since I’ve been coaching here,” says Piane.

“Chuck came to Notre Dame as the state cross country champion from New Mexico, but he saw himself as a half-miler.

“We went round and round on that subject for three years. Then our best miler, Kevin Kenny, got hurt, and I told Chuck we needed him to run the mile. He said, ‘How do I do it?’

“We were running in a dual meet against Iowa, and I told him to just follow the best runner from Iowa and I’d see him at the top of the backstretch and tell him what to do next. As it turned out, he was winning the race easily, so I told him to back off because we needed him to run the 1,000 meters in a little while.

“And that really changed our fortunes.”

Thirty years later that personal relationship hasn’t changed, either. Piane and his wife Mimi (they met at the 1982 NCAA track championships in Provo, Utah, and were married three years later) remain good friends with the Aragons, and, in fact, are godparents to Alexa Aragon, a current freshman on the Irish track squad. That’s coming full circle.

Considering there were only a few women in the student body when Piane first came to campus, he can’t help but recall the birth and growth of the women’s track program.

“Being around Molly Huddle (10-time All-American and seven-time BIG EAST champion from 2003-07) every day was amazing, given the things she could do,” he says.

“And Liz Grow? She may have been the best female athlete we’ve had at Notre Dame, maybe in any sport. One year at the BIG EAST meet (she was the 2002 BIG EAST outdoor outstanding women’s performer), she won the 400 meters and then 20 minutes later she ran the 200 and then the 4x400 relay. She was awfully impressive.”

Piane isn’t particularly into reminiscing, but he enjoyed the track program’s most recent reunion last March.

Piane’s legacy translates easily when it comes to numbers:

—His men’s cross country teams have finished in the top 10 at the NCAA meet on 11 occasions, including third-place finishes in 1990 and 2005. His profession has allowed him to travel the world in terms of international coaching opportunities—a number of them with U.S. Olympic Development or other national teams.

Piane twice has been named national cross country coach of the year. He and his staff have won 29 conference coaching staff-of-the-year plaques in some combination of men’s and women’s cross country and track and field—including two from the BIG EAST in 2010 after the Irish men won both the BIG EAST men’s indoor and outdoor track and field titles. There have been individual All-Americans and conference champions galore, including some of the greatest names in Irish track and cross country history—such as Aragon, Huddle, nine-time All-American (and 2001 NCAA 10,000 meter champion) Ryan Shay and eight-time All-American Luke Watson.

Piane also founded three of the longest-running events on the Irish schedules — the National Catholic Cross Country Championships, along with the Meyo Invitational and the Alex Wilson Invitational (both indoor track meets).

The only Notre Dame coach in history to stick around campus longer was Hall of Fame baseball coach Jake Kline, who lasted 42 seasons—from 1934-75.

A longtime, ardent Chicago Cubs fan from Westchester, Ill., Piane laughs when he realizes he’s 63 years old. Actually, 63 years young. He fondly remembers being one of the young pups in the athletics department—and it seems like just yesterday.

“I’m sure I’m ancient to the kids on my team. Social security and all that stuff … But, when you were young, can you remember what you thought of people in their 60s?”

Piane doesn’t worry much about it. He doesn’t have time.

He’s too busy doing all the things he’s been doing now at Notre Dame for 36 years. 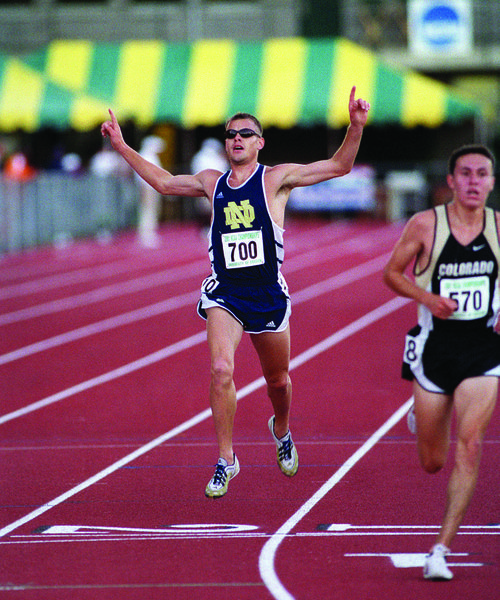 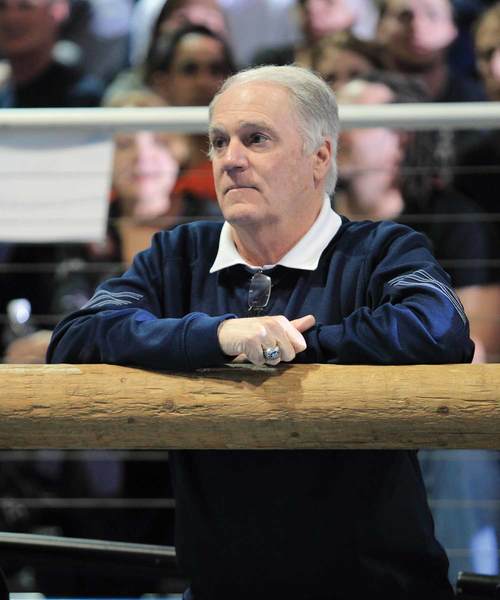 'Hold me in Your Thoughts'