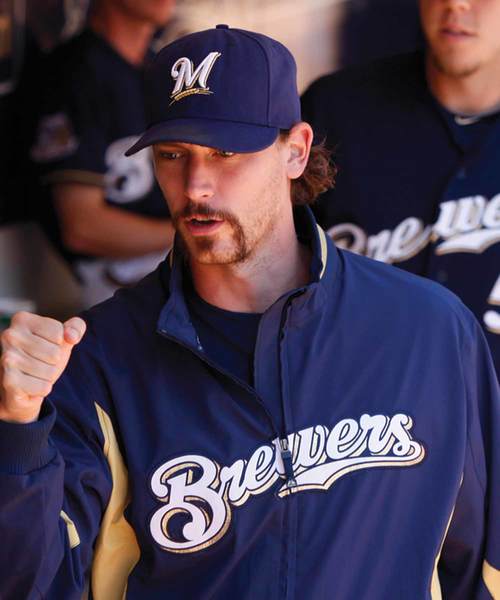 From Bartending to Baseball

Each journey leading to Major League Baseball is unique, and rarely an easy one.

The story of how former University of Notre Dame baseball standout John Axford went from being out of baseball—with jobs tending bar and selling cell phones outside Hamilton, Ontario, Canada— to becoming one of the most reliable closers in professional baseball is not only unique, but also features its own levels of determination and perseverance.

Axford’s road to the Majors started with his trek from the town of Port Dover, Ontario, located outside of Toronto on the north side of Lake Erie, to the Notre Dame campus. The Axford family had decided that utilizing John’s baseball skill to pursue his education in the United States was a priority. The combination of both athletics and academics was important to them.

In 2000, during a visit to Chicago for the Area Code Tryouts, a showcase of high school-age baseball talent, Axford was scouted by members of the Irish baseball staff. Later that year, Axford made his first visit to the Notre Dame campus to attend the annual Irish fall clinic. John made the trip from Canada with his father and his Team Ontario coach.

After seeing Axford throw again, Irish coaches Paul Mainieri and Brian O’Connor offered him a scholarship. Despite receiving multiple scholarship offers to play stateside, it was something about the “gold foil ND on the envelope” from Mainieri’s recruiting letter that made the Axfords feel something special about Notre Dame. Says John: “I fell in love (with Notre Dame) immediately and my dad did, too.”

However, it was not until much closer to the signing deadline that Axford committed to Notre Dame. Drafted by the Seattle Mariners in the seventh round as the 219th overall pick of the 2001 Major League Baseball Draft, Axford opted to go the college route. But it was not professional baseball that caused the delay in committing to Notre Dame; despite the significant partial scholarship, it was finding a way to make the finances work during a time of a rather unfavorable exchange rate for the Canadian dollar. As if it were a sign of what was to come for Axford, he, with the support of friends and family, found a way to overcome the challenge.

Axford’s collegiate career included its share of highs and lows. He was part of the Irish 2002 College World Series team and went a combined 14-5 in his freshman and sophomore years. Then he missed his junior year (2004) due to reconstructive Tommy John surgery. Axford rebounded to pitch again in 2005 but didn’t see much in the way of interest from the Major Leagues (the Cincinnati Reds picked him in the 42nd round but declined to sign him).

Despite having a year of NCAA eligibility remaining, given the structure of collegiate baseball, scholarship funds had already been allocated and were not available for Axford to continue to pitch for Notre Dame. In Axford’s own words: “It was someone else’s turn at Notre Dame.”

With his Notre Dame degree in hand, Axford reached out to the Canisius baseball coach and fellow Canadian Mike McRae to pursue a fifth year of collegiate baseball and to start his master’s degree work at the Buffalo, N.Y., institution located 90 minutes and across the border from his home.

Despite the urge to play professional baseball still burning deep inside him, Axford found his will again tested during some difficulties in his season at Canisius. While throwing about 70 innings in his fifth and final year of NCAA eligibility, he struggled on the mound, finishing 3-8 in 14 starts. The Reds maintained his rights—but as Axford articulates, “The interest just wasn’t there,” and they released him before the draft.

As 2006 progressed, Axford became frustrated, but sheer will landed him a spot on the roster of the Melville Millionaires in Melville, Saskatchewan, in an unpaid Western Canadian league for collegiate players and former professionals. He spent the summer approximately 1,500 miles from home.

Finally, Axford garnered some interest from the New York Yankees after striking out 19 batters in a seven-inning game. Maybe his big break had come. In August 2006 he was on Staten Island, throwing in front of Yankee scouts and executives. Just as he was about to sign a standard minor-league contract, the Yankees “tore up the contract literally right in front of me” due to an international work visa issue. Ultimately, Axford ended up signing with the Yankees—but despite pitching well for three Class A teams he was released in December 2007.

Axford began to think maybe it was time to put his Notre Dame film, television, and theatre degree to work. Still, he continued to work out, “just in case” he could find a place to play. He paid bills by tending bar, specializing in making Frosty Bellinis at East Side Mario’s, and hawking cell phones in big-box retail stores outside Toronto.

In March 2008, Axford scheduled a workout in front of scouts and staff from three MLB organizations. A typical Canadian winter snowstorm rolled in and only Mike Havalis of the Milwaukee Brewers attended. Havalis had remembered Axford from his high school pitching days at the Assumption School.

On Sept. 7, 2009, less than two years after being released by the New York Yankees, Axford made his Major League debut for the Brewers in a game with the Chicago Cubs at Wrigley Field in Chicago. It came less than 90 miles from his college home at Notre Dame—and in the city where his elbow had been reconstructed and down the street from the Area Code Tryouts where his journey began.

Axford doesn’t mind exhibiting some personality. When the aforementioned save streak ended, he left the media a note (in lieu of a press conference) that read: “Media: I put my wife into contractions with my performance tonight! So I had to run to the hospital. The streak is over so now you can talk about it. The luck I’ve had in the past didn’t show up tonight! All I can do is begin another streak and keep my head up! Cliché … Cliché … Another cliché. Gotta go. Love, Ax”

Axford has nearly 60,000 followers on Twitter, is a film and music aficionado, enjoys various forms of candy stocked in his locker, likes to play ping-pong with Brewers fans and is very fond of facial hair. In 2011, Axford was the recipient of the Robert Goulet Memorial Mustached American of the Year award.

More than a decade after enrolling at Notre Dame, Axford and his wife, Nicole, returned to campus for the 2012 Notre Dame football game against Pittsburgh. Axford visited with fellow Notre Dame baseball player and Milwaukee Brewer Craig Counsell at a pre-game tailgate before showing Nicole around the Eck Baseball Stadium where John’s collegiate career began. The Axfords have two young sons and a new home in Ancaster, Ontario, near both of their families.

Through his more than decade-long baseball journey, Axford’s determination and guts have paid off. During his recent visit to the Notre Dame’s Eck Baseball Stadium, as current Irish baseball players peppered him with questions and asked for advice, he couldn’t help but remember the long, strange journey from tending bar back in Canada to taking the mound during the playoffs at Miller Field in Milwaukee.

Maybe we all should strive to have a little of Ax’s perseverance in us. 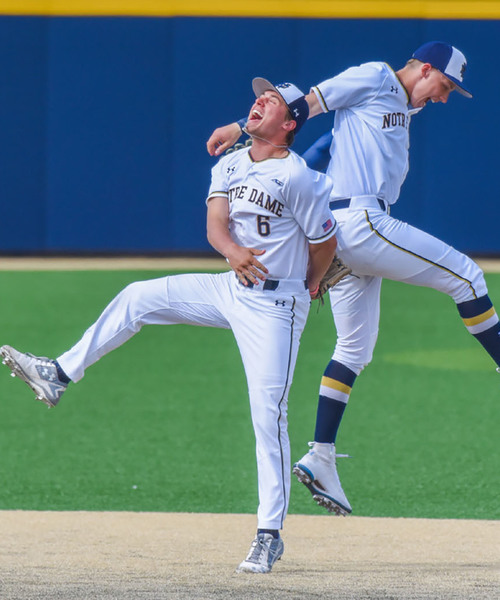 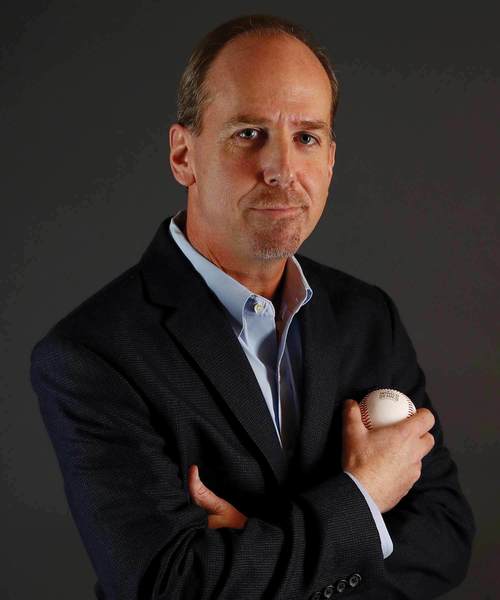