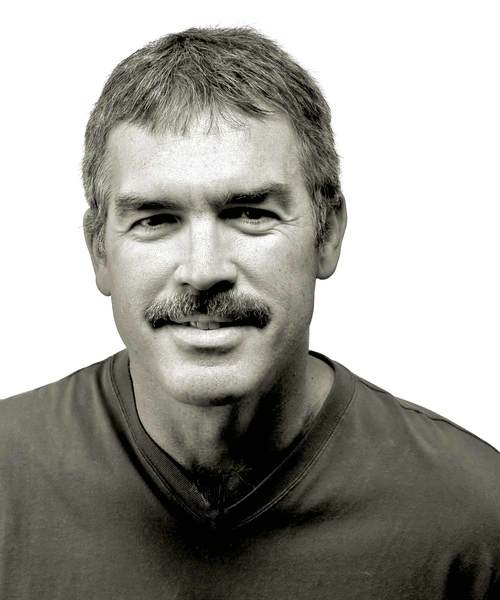 “Here Come the Irish” is his baby

John Scully, six years removed from a National Football League career, had been working in and around the music business since his retirement from football.

Once he was done with the Atlanta Falcons, Scully and his wife Annette (she’s a sister of former Notre Dame offensive lineman Tom Thayer) moved to Joliet, Ill., to raise their two girls.

He’d been collaborating with writer and Grammy Award-winning producer Jim Tullio on a variety of musical projects, including corporate videos and national commercials. Scully worked out of a home music studio, did some volunteer work around Joliet and enjoyed the casual lifestyle that allowed him to take his girls to and from school most days.

As Scully describes it, the ’90s were his Peace Corps years, “like an old Pepsi commercial.”

Scully and Tullio had finished a successful project for the NBA, and they were looking for a next venture. Scully suggested doing something for Notre Dame—but Tullio was a little skeptical. After all, it’s not like the music at Notre Dame wasn’t already well established.

Still, they forged ahead with the Notre Dame angle. Typically, their collaborations involved Tullio working more closely with the music and Scully adding the lyrics.

“In the beginning the song started completely differently, it was more of an Irish reel. But we wanted something more emotional—something that would be a little bit semi-religious or almost spiritual to the Notre Dame community,” said Scully.

Their direction set, Tullio and Scully needed 20 minutes to write the music. That same night, Scully decided to call it “Here Come the Irish.” Remembers Scully, “That phrase was kind of a Notre Dame chant at that time, but it wasn’t really attributed to anything.”

The next day he wrote the chorus, then the following morning he jumped in his car to drive the hour and 15 minutes from Joliet to Tullio’s Winnetka, Ill., studio. He put a pad and a pen on the seat next to him, and by the time he arrived he had written the rest of the lyrics.

Well I remember the leaves a fallin’

And I remember the golden morning

I saw the long ranks as they were forming

And there’s a magic in the sound of their name

And arm in arm go the sons and daughters

The drums are rolling and forward bound

They’re calling spirits up from the ground

And there’s a magic in the sound of their name

If this doesn’t yet strike a chord with you, the introduction of Cathy Richardson to the project might. Scully and Tullio had done plenty of studio work with Richardson—now the lead singer for Jefferson Starship—and once they had her record the song, a Notre Dame hit was hatched. They’d done it from beginning to end in just a few days.

The marketing process began more slowly. Scully sent copies to Notre Dame athletics director Mike Wadsworth and longtime Irish football assistant coach and administrator George Kelly. “Here Come the Irish” slowly made the rounds of the Notre Dame campus. Scully and Tullio had 10,000 commercial CDs pressed with their 15-song collection, highlighted by their trademark Notre Dame song. Scully remembers playing the Richardson-sung rendition for people and “it blew their hair back.” That same year, adidas used the cinematic introduction to the song in a series of Notre Dame-related commercials.

By 2001, Scully decided to pull back from his full-time commitment to the music business. His daughters had grown, and he decided it was time to get on with his life. He sold insurance for a while, became a national executive with corporate AIG—and he’s now involved with a member firm of the M Group (in the high-end insurance business).

His song hadn’t exactly taken the airwaves by storm, but new technology changed that. “At some point people started sharing it, and the MP3 phenomenon didn’t hurt,” says Scully.

The Notre Dame women’s basketball marketing staff started using the song for pre-game introductions, and Richardson wowed the crowd as she sang it live to start an Irish football pep rally. In 2003 Notre Dame licensing director Larry Williams (also a former Irish football offensive lineman) called Scully to tell him students on campus wanted to use the lyrics from the song on “The Shirt” (a longtime Notre Dame charitable fund-raising project). The next year the track ended up on an O’Neill Brothers (two Notre Dame graduates) CD, which confused the public in terms of whose song it was, but didn’t hurt promotional efforts.

All the sudden, at least around the Notre Dame campus, “Here Come the Irish” seemed to be everywhere.

For Scully, who had been playing the piano since age eight, it proved a labor of love. He and his five siblings all took piano lessons (“Not a bad thing in retrospect,” says Scully, “although that’s not exactly what you want to be doing when you’re eight”), and Scully began listening to Elton John and fellow Long Islander Billy Joel and taught himself to play by ear.

At Notre Dame, he would play during team dinners at bowl games. His piano expertise even helped him academically, as on more than one occasion he traded in the assignment of writing a report in a seminar class for providing a musical interpretation instead. In Atlanta during his NFL days, he would play at clubs in the offseason because he had plenty of free time and he loved doing it.

Have Scully and Tullio and Co. made millions from their musical venture? Not exactly, but Scully could care less.

“The payoff was to see how much it meant to people, not for me personally,” he says.

“I still get notes from people telling me they are so thankful I wrote the song. I like to think it’s become part of the culture. It really belongs to Notre Dame.”

These days it’s not unusual to see Scully playing the piano at one Notre Dame event or another. He’s entertained at the Rockne Dinner in Chicago (the annual spring affair sponsored by the Notre Dame Alumni Club of Chicago), the Wall Street Forum in New York (a Notre Dame business alumni event), plus plenty of development and other functions in between. Lots of times he plays piano for older daughter—and 2010 Notre Dame graduate—Britt, who sings (younger Scully daughter Annie will graduate from Notre Dame in 2011).

In addition, Scully and Tullio are promoting a new Notre Dame-connected offering titled “Our Lady of the Lake.”

“I was walking around the lakes last fall, and it was still warm but steam was rising off the water. I was in front of Moreau Seminary, taking a picture back toward the Dome. There was a guy jogging and he looks at me and says, ‘That worth another song?’ And, I thought, maybe it is,” says Scully.

Originally from Huntington, N.Y., Scully almost looks at his football career as another whole life in a rather distant past. He was good enough to start at center for Notre Dame in 1979 and ’80, serving as tri-captain for the 1980 squad that played in the Sugar Bowl and earning consensus All-America honors that season. He owns an Irish national championship ring from the ’77 title campaign. A fourth-round draft pick of the Falcons, he played 10 seasons in Atlanta. Drafted as a center, he started seven seasons for the Falcons at guard. He had a football career most current Irish players would sign up for right now.

Talk to Scully these days, and football seems a million miles in his rear-view mirror—and that doesn’t seem to bother him at all.

Yet, somewhere hidden behind his low-key personality, you sense the emergence of his Notre Dame “theme song”—if you call it that—is a sincere personal point of pride.

Do we know the “Notre Dame Victory March”? Check.

How about the alma mater, “Notre Dame, Our Mother”? Check.

Throw in “Hike, Notre Dame,” “As Irish Backs Go Marching By” and “Down the Line.” You’d recognize them, too. Check. Check. Check.

Now add “Here Come the Irish” to the list. Check.

And that finally brings just a hint of a grin to the face of John Scully.