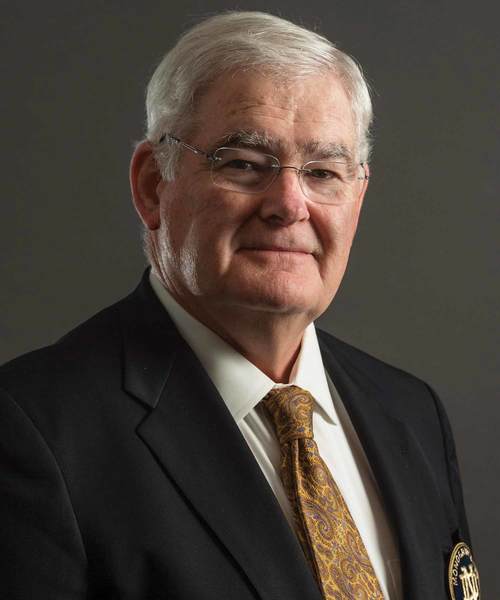 What a relief it was

Mike Heaton sits in his 41st-floor office in the middle of the Loop in Chicago, secure in the knowledge that in a handful of manila folders behind his desk sits the history, development and machinations of one of the University of Notre Dame Monogram Club’s most benevolent and out-reaching programs.

It may be unique in college athletics, and most of its work has happened behind closed doors.

It began on a summer evening in 2005 in South Bend where Monogram Club members had gathered for their annual golf outing and dinner.

Recalls Heaton, “Jimmy Seymour and Tom Reynolds came up to me and said we should do something for (former Irish football player) Pete Duranko. They said, ‘He’s dealing with ALS, and he’s in really desperate financial shape.’ So I said, ‘Explain it to me. What are you thinking here?’

“Jimmy said in the NFL they had a dire need fund. The fund was used to provide assistance to former players and their families suffering from financial or medical hardships, not including debts incurred from gambling or other addictions, unless used for rehab. Something happens and they need help and they need it fast.

“So I said, ‘Send me what you have on that—and at the same time let’s go talk to (then Monogram Club executive director) Jim Fraleigh and (then athletics director) Kevin White.’

“Surprisingly, at least to me, they gave me kind of a green light. It was cautionary—but they said, ‘Let’s look at it and let’s talk about it.’ And I was really impressed with their willingness to explore this concept.”

The following spring the Monogram Club held a dinner after the Blue-Gold spring football game and raised about $115,000 for Duranko to pay off his home in Johnstown, Pennsylvania.

“It was a huge success,” says Heaton, a 1968 Notre Dame graduate and former football player and member of the Irish golf team. “A lot of his teammates came in, and there were so many people who donated. Most of it came from Monogram people—they all wrote a check.

“There was another fundraiser where we all flew out to Johnstown, a lot of his teammates and classmates. We would do anything for Pete.”

With the assistance to Duranko serving as a catalyst, Heaton worked off Seymour’s NFL model and drafted materials relative to the creation of the Catastrophic Relief Fund—guidelines and rules on how it could work and the documentation necessary to support the application for funds. Those seeking assistance were asked to explain the financial and/or medical situations, the debts owed and to submit the documentation to substantiate the debts.

“I couldn’t analyze tax returns,” says Heaton, “so we put together a team of former Monogram members, including a CPA and a former FBI agent to confirm details and backgrounds to protect the integrity of the fund. Jimmy gave me the outline—I changed it for Notre Dame and set up a whole team of people to help me. We asked applicants for two years of tax returns and a list of debt. We started with a $15,000 cap.”

The fund continues to assist an average of two to three individuals per year—and maybe twice that many situations merit some initial investigation. It all happens behind the scenes.

As an example, the fund has assisted a former Irish athlete who fainted on an escalator and broke his neck.

“He can’t take care of himself—he has to have help,” says Heaton. “He can’t work, but he won’t give up. He’s on his own and things are not going well. His doctor says his situation is a life-long problem. Even though most men would probably give up in this situation, he won’t. But he needs help in all aspects of his life.”

A former football player could not work due to a serious medical condition.

The fund paid his rent in an apartment for a year.

“When (former football player) Dean Brown died, his wife wasn’t going to be able to make it on her own—they were in tough shape. We helped her get her finances together. She needed some way to get her girls to school, so we bought her a van out of the fund,” says Heaton.

Another former athlete lost virtually all his personal belongings in Hurricane Katrina. The Monogram Club helped him get back on his feet.

The fund helped the son of another athlete who died.

“In the beginning,” says Heaton, “we were very hesitant about promoting the fund. We included a line item on the Monogram Club dues renewal card, but that was about it.

“So it was very much word of mouth. But a year and a half ago we changed our approach based in large part on the increased focus of the NCAA and its member institutions on student-athlete well-being and the holistic experience of prospective, current and former student-athletes. The Catastrophic Relief Fund is perfectly aligned to support this increased focus, and with the blessing of university counsel and compliance staff, we have become more proactive.

The files behind Heaton’s desk contain dozens of emails and handwritten notes on the circumstances he personally investigated, often with help from Monogram Club board members living in the area of the affected applicant.

“There were probably two or three other situations a year where we could not help them because they had insurance or other assets which precluded our assistance,” he says. “They almost have to lose everything before they qualify.

“When the housing crash came in 2009 we assumed there would be a lot more people losing their homes but fortunately that did not happen.”

“Give me the information, and I’d start digging,” says Heaton, who joined the Monogram Club’s board in 1991 and served as president from 1999 to 2001. “I’d contact Monogram people who lived in the area to check things out. It’s hard to ask for all that private information, but we had to have substantiation of the need. Although every situation was approved by the (Monogram Club) executive committee, confidentiality was maintained.”

Privacy issues (HIPPA and FERPA) ultimately prompted the Monogram Club two years ago to go to a third-party administrator to handle the fund.

“Now the requests come to Brant (Ust, current Monogram Club executive director), they go to the executive committee and we just turn them over to the firm in South Bend that now takes care of all the details.”

Heaton becomes a bit emotional when discussing his decade of work with the fund.

“It’s been a labor of love for me because we were able to help people without embarrassing them,” he says.

“The University has been terrific about allowing us to do this. I don’t know any other school that does anything like this.

“And, oh my God, some of the letters we get. Just the emotion on the phone. I got choked up just hearing how emotional they get about us helping out.

“Pete and his wife were always so thankful. A lot of people stepped up and did things you never hear about.

“The reaction from Dean Brown’s wife was amazing.”

Offered Dean’s widow, Brenda Brown, “On top of monetary assistance, they provided their prayers and kind words. This gave us hope and comfort during our time of loss. The girls and I are eternally grateful. It was a blessing to our entire family.”

Heaton estimates he personally looked into 50 opportunities for the Catastrophic Relief Fund before he went off the Monogram Club board two years ago.

“In a couple of cases, the teammates of some of these individuals have gone way beyond the guidelines of the fund to help,” he says. “And that’s really touching.”

His contributions were recognized and celebrated in January when the Monogram Club renamed the fund in Heaton’s name.

“There is no one more deserving of this honor than Mike Heaton,” says Monogram Club president Kevin O’Connor. “The Catastrophic Relief Fund, which has helped many of our members during difficult times, was his brainchild and I can think of no better way of acknowledging that, as well as his many years of service to the club, than by naming this fund in his honor.”

Heaton says he couldn’t speak when informed the fund would bear his name: “People ask me about this, and it was mostly a combination of people wanting to take care of a teammate.

“Jimmy (Seymour) had the idea.

“I took it and ran with it.

“Jim and Kevin let us try it, and then it took off.

“The (Monogram) board was very enthusiastic, and it all came together very nicely.”